Gender equality is a principle of sustainable development that is globally acknowledged by United Nations and regional agencies, development partners, and national governments. Although the principle is operationalized through policies, legal provisions, and programs in most jurisdictions, implementation and experience vary across regions and countries, and in most cases fall short of the goal. As the United Nations Development Programme notes in its 2016 Africa Human Development Report, “gender equality for African women and girls is still far from satisfactory” (UNDP, 2016).

One measure of how far we’ve come in pursuit of gender equality – and how far we still have to go – is the experience of everyday women and men. A special module in Afrobarometer’s Round 7 survey asked Kenyans about their views and experiences with regard to progress toward equal rights, gender-based discrimination and violence, the election of women to political office, and women’s political and civic engagement. Their responses reveal that Kenyans see gains in gender equality but that support for women’s empowerment is still uneven, particularly among men – a fact that can undermine programs aimed at integrating the principle of gender equality in development agendas and policy dialogues.

Briefing paper
BP48: Ethnicity and violence in the 2007 elections in Kenya
1 Feb 2008
Working paper
WP103: Tribalism as a minimax-regret strategy: Evidence from voting in the 2007 Kenyan elections
2 Oct 2008 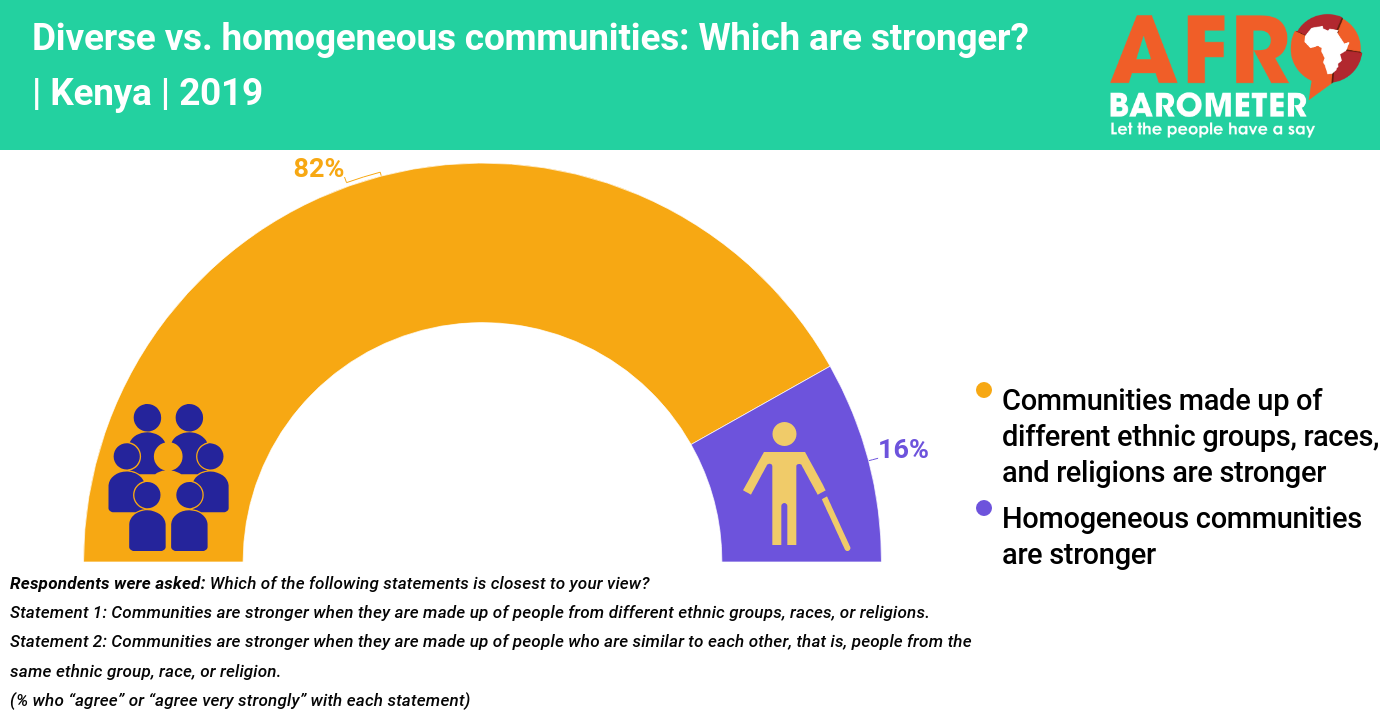