Kenya and the other member states of the East African Community (EAC) are doing considerably better economically than most countries in sub-Saharan Africa (IMF, 2017). Kenya continues to be rated among the best-performing sub-Saharan economies, with a gross domestic product (GDP) growth rate of 5.8% in 2016. This impressive performance is attributed to lower oil prices, improved tea and horticulture exports, infrastructure growth, and increased remittance inflows (Kenya National Bureau of Statistics, 2017; Kerry, 2017). However, the government’s decision to put a ceiling on lending rates at 4 percentage points above the central bank rate continues to be criticized because of its possible effect of a credit squeeze (Kenya Institute of Public Policy Research and Analysis, 2017).

Based on Afrobarometer survey responses in 2016, Kenyans were more optimistic about the national economic situation and (at least before the 2017 election crisis) the country’s overall direction. Perceptions of personal living conditions were the most positive of the past decade.

Even so, a majority of citizens still saw economic conditions as bad and said the government was performing poorly in keeping prices stable, creating jobs, and managing the economy, reflecting continued economic insecurity amidst impressive economic performance. 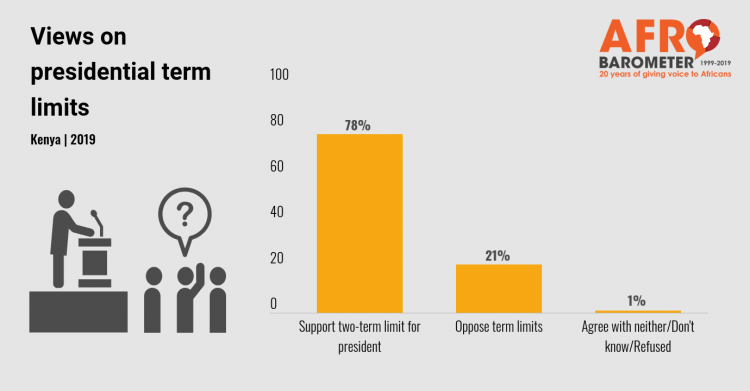 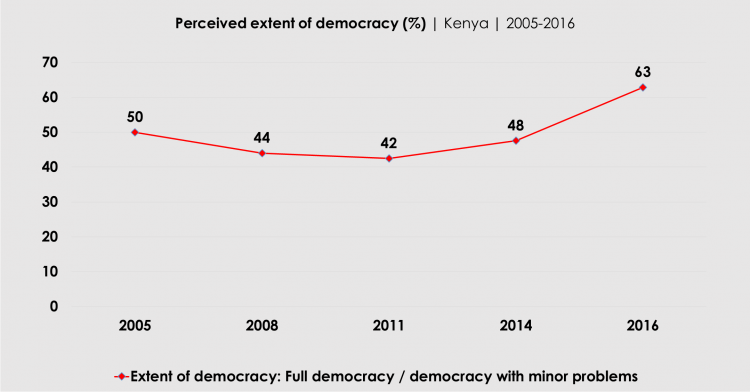