As Botswana approaches 2019 elections that will determine President Ian Khama’s successor and challenge the half-century rule of the Botswana Democratic Party (BDP) a bill requiring the use of electronic voting machines has sparked increasing controversy.

Khama has signed the Electoral Amendment Bill of 2016 as a step toward introducing electronic voting in 2019. The Independent Electoral Commission (IEC) and BDP supporters have argued that the switch to electronic voting is needed to improve election management by reducing the amount of time spent counting ballots, the number of spoilt ballots, and the cost of elections (Galekutlhe, 2017).

But their arguments have sparked controversy, including unanimous rejection by opposition parties concerned that electronic voting machines fail to provide a paper trail and could be manipulated to steal the election. In the face of public criticism, even the ruling BDP has signaled that it may reconsider its support for electronic voting (Bagwasi, 2017).

The 2019 elections are widely seen as an important test for the opposition, which has been gaining strength under its Umbrella for Democratic Change coalition (Reuters, 2017).

In its 2017 national survey, Afrobarometer explored Batswana’s attitudes toward the IEC and proposed electoral reforms. Survey findings suggest considerable popular skepticism: Trust in the IEC continues to decline, and a majority of Batswana are not satisfied with the IEC’s reasons for introducing electronic voting machines. Most say that not enough public consultation was done on this issue.

However, strong majorities favour two other proposed reforms that would give the IEC, rather than the president, the power to determine election dates and require that members of Parliament (MPs) who resign from their political parties vacate their parliamentary seats – a response to party-switching that reform supporters say is unfair to voters as well as the former parties.

Kabelo Moseki is a senior lecturer in the Department of Statistics at the University of Botswana and a research associate with Star Awards. 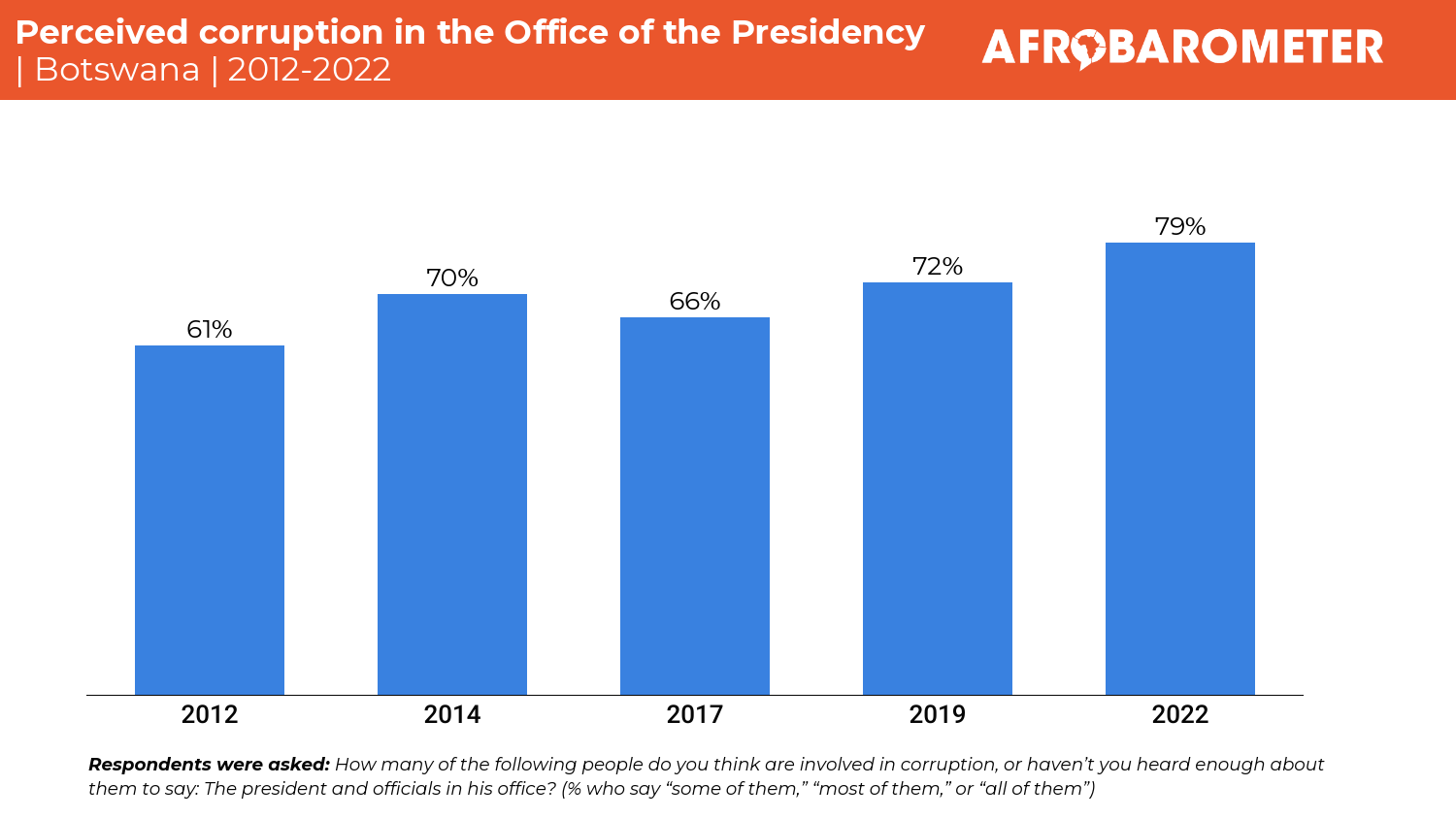