According to some estimates, up to 3-4 million Zimbabweans live outside their country – a diaspora that may be one-fourth the size of the entire in-country population (UNDP, 2010). Perhaps more than 2 million Zimbabwean emigrants live in South Africa alone.

In tracing waves of emigration since the 1960s (Pasura, 2008), scholars have highlighted both economic and political reasons as factors motivating highly skilled as well as impoverished nationals to look for greener pastures abroad (UNDP, 2010). By far the largest emigration wave is the post-2000 exodus in response to controversial land reforms, economic crises, and disputed and violent elections.

Using the latest round of Afrobarometer survey data from Zimbabwe, this dispatch examines views on emigration among those who have not left the country. Remarkably, almost half of adult citizens in Zimbabwe say they have considered emigrating, although far fewer are actually making preparations to leave. The search for work is the main motivating factor for potential emigrants, who express considerable pessimism – and even anger – about the country’s condition. 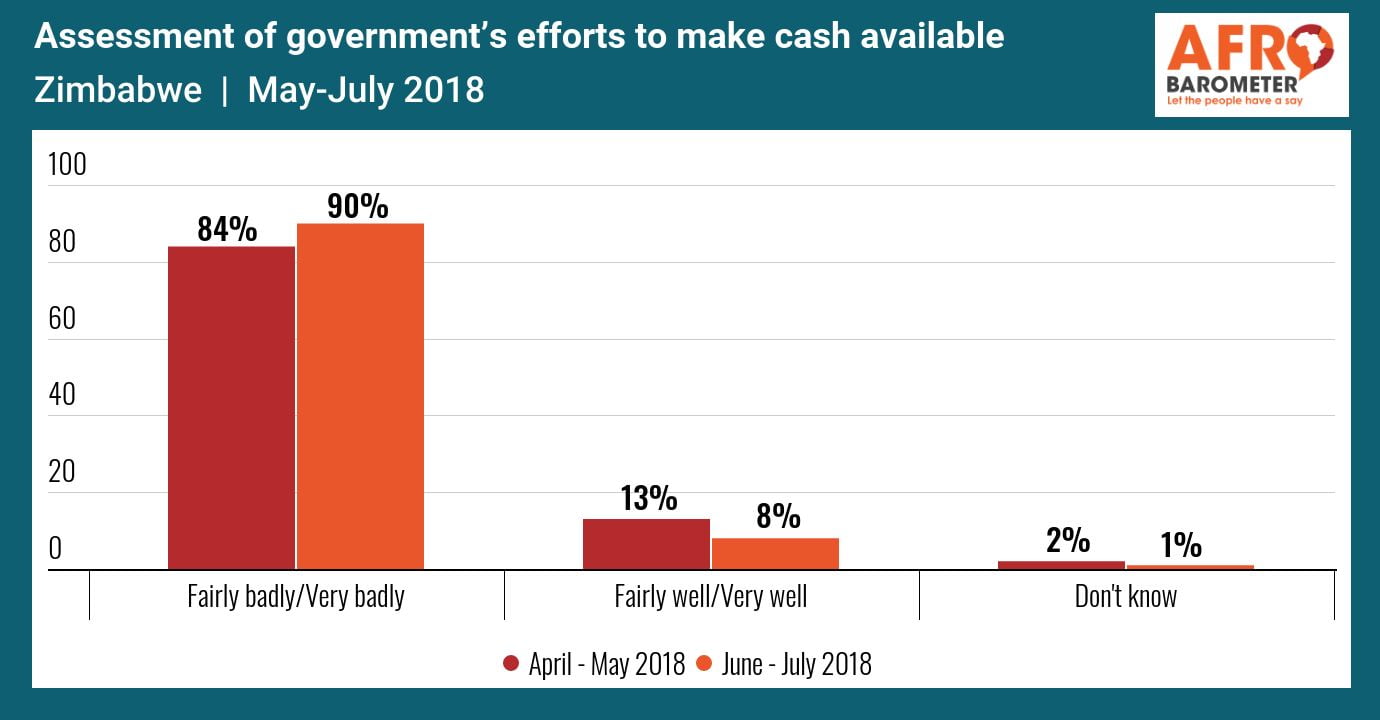