Later this year, after 12 years in office, Ellen Johnson Sirleaf will step down as president of Liberia and Africa’s first female head of state, having completed her maximum of two terms. Sirleaf, who came to power after decades of underdevelopment, tyranny, and civil conflict in Liberia, will leave a legacy that has won international acclaim – including the 2011 Nobel Peace Prize – for progress in rebuilding infrastructure, strengthening health care and education, helping to bring warlord Charles Taylor to justice, and seeing the country through the 2014-2015 Ebola epidemic (Lane, 2016). In an interview with Foreign Policy Magazine, Sirleaf noted that her greatest achievement will be handing over power peacefully (McCormick, 2016).

Despite favourable international recognition for Sirleaf, public-opinion data show that Liberians’ assessments of the country’s economic condition and of Sirleaf’s performance and trustworthiness became sharply more negative between 2012 and 2015. Unemployment, infrastructure, economic management, education, and agriculture top the list of problems that citizens said they want the government to address.

As the country approaches general elections in October, no clear favorite to succeed Sirleaf has yet emerged from a large field of candidates and parties (Dahir, 2017; AFP, 2017). But widespread dissatisfaction with the status quo, coupled with an analysis of citizens’ priorities, may provide some insight into what Liberians will be looking for in a post-Sirleaf government. 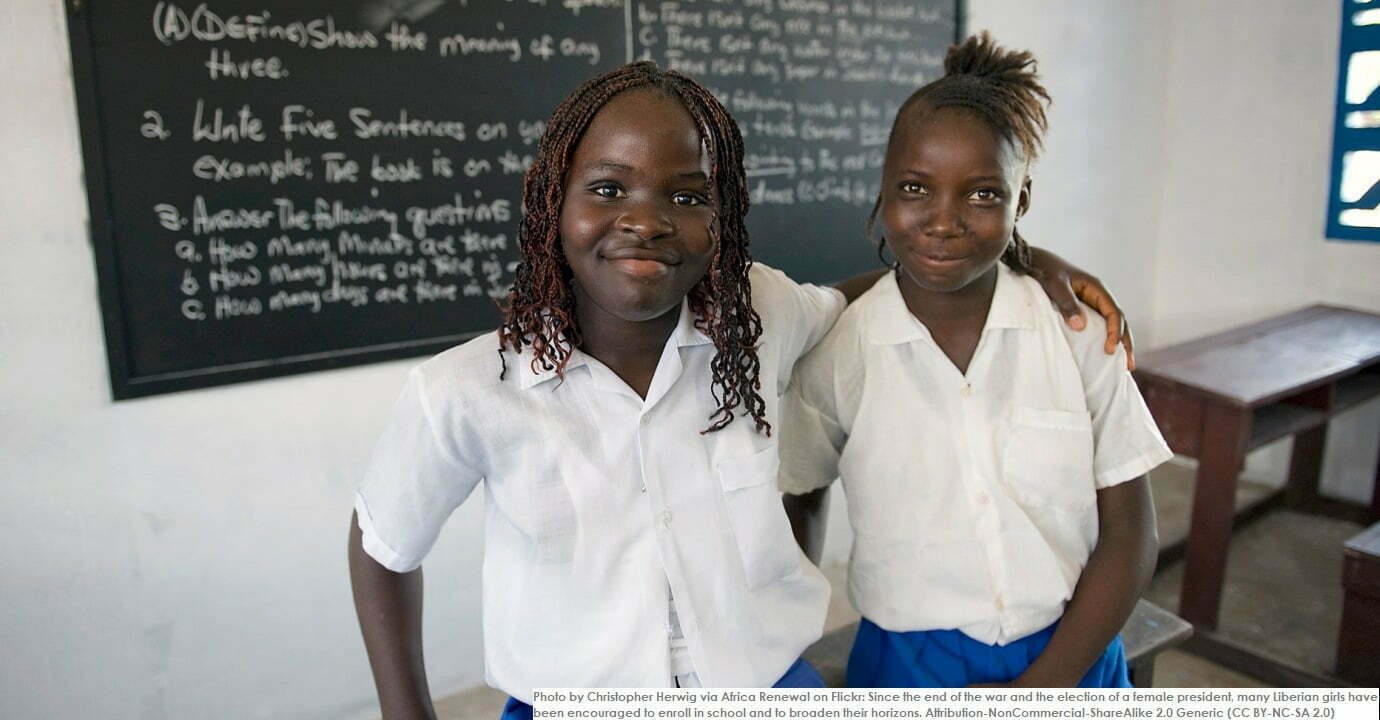 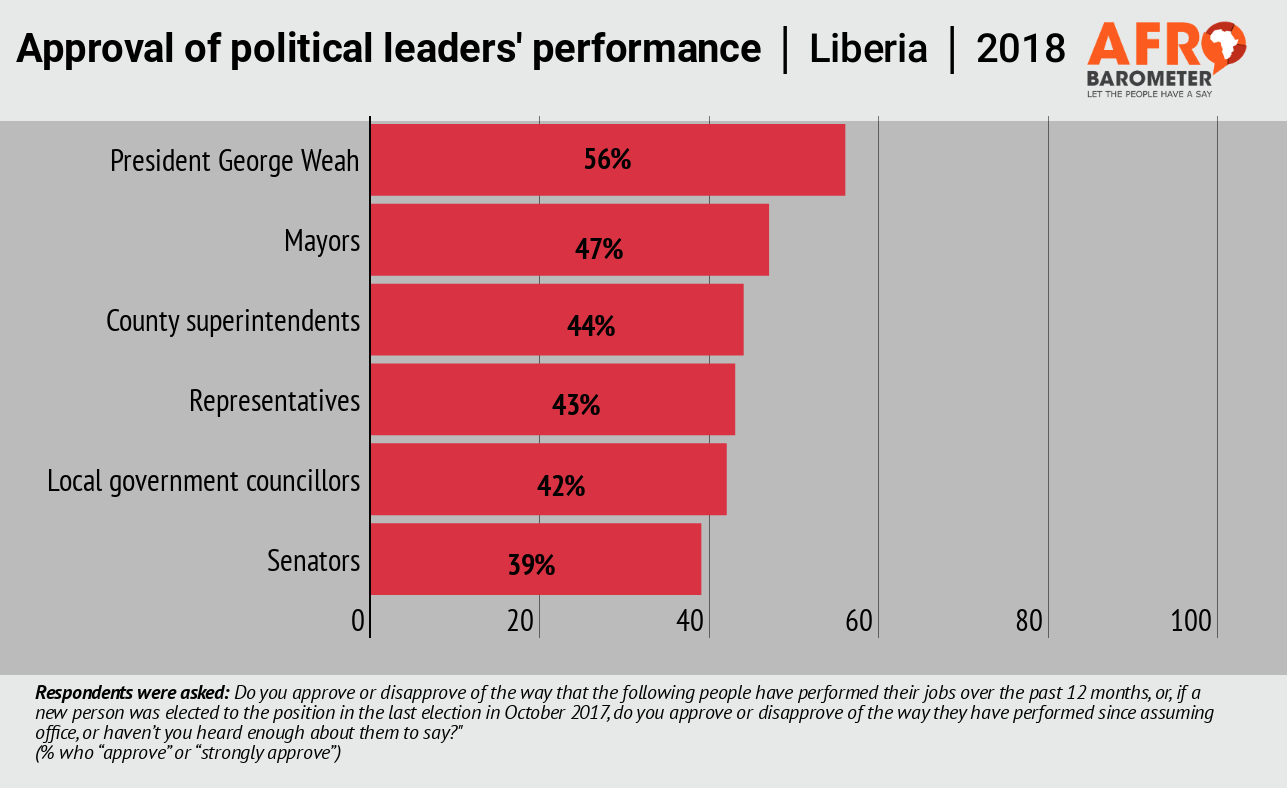 Media resource
President’s performance, citizenship, land ownership and the TRC’s mandates: What do Liberians say?
24 Oct 2018
Media resource
What are Liberians saying about corruption and trust in public institutions in Liberia
21 Aug 2013