Political and military conflict has marked the development of Côte d’Ivoire’s institutions, including its judiciary. During civil war in the early 2000s, the formal justice system was entirely absent from the rebel-controlled Central-North-West regions for seven years, until early 2009 (Human Rights Watch, 2012). Meanwhile, the legal system in the government-controlled South was fraught with corruption and a lack of independence that served to further entrench a culture of impunity, along with widespread xenophobia against citizens of foreign descent, according to Human Rights Watch (2012, 2016a).

After disputed 2010 presidential elections, fighting between supporters of then-President Laurent Gbagbo and challenger Alassane Ouattara included severe human-rights violations perpetrated by both sides. Since Ouattara assumed power in 2011, only the losing side has faced criminal charges, raising questions about the fairness and independence of the Ivoirian justice system. Critics also fault Ouattara for failing to seriously confront judicial corruption (Human Rights Watch, 2016b).

2) citizen awareness of their legal rights and responsibilities,

3) availability of legal advice and representation,

5) the practice of fair procedures in those institutions, and

Afrobarometer Round 6 surveys included a special module that explored individuals’ perceptions of the legal system, their access to it, and their experiences when engaging with it. (For findings across all surveyed countries, please see Afrobarometer Policy Paper No. 39)

Survey responses in Côte d’Ivoire depict a judicial system with major access challenges. Many Ivoirians distrust the formal court system and prefer to take legal matters to traditional leaders and local authorities. Only about one in 20 Ivoirians had any dealings with the courts in the past five years – one of the lowest contact rates among the 36 African countries surveyed in 2014/2015. Long delays, the system’s complexities, and perceptions of bias are common complaints. Clearly, building a judicial system that citizens trust and use remains a challenge for post-conflict Côte d’Ivoire. 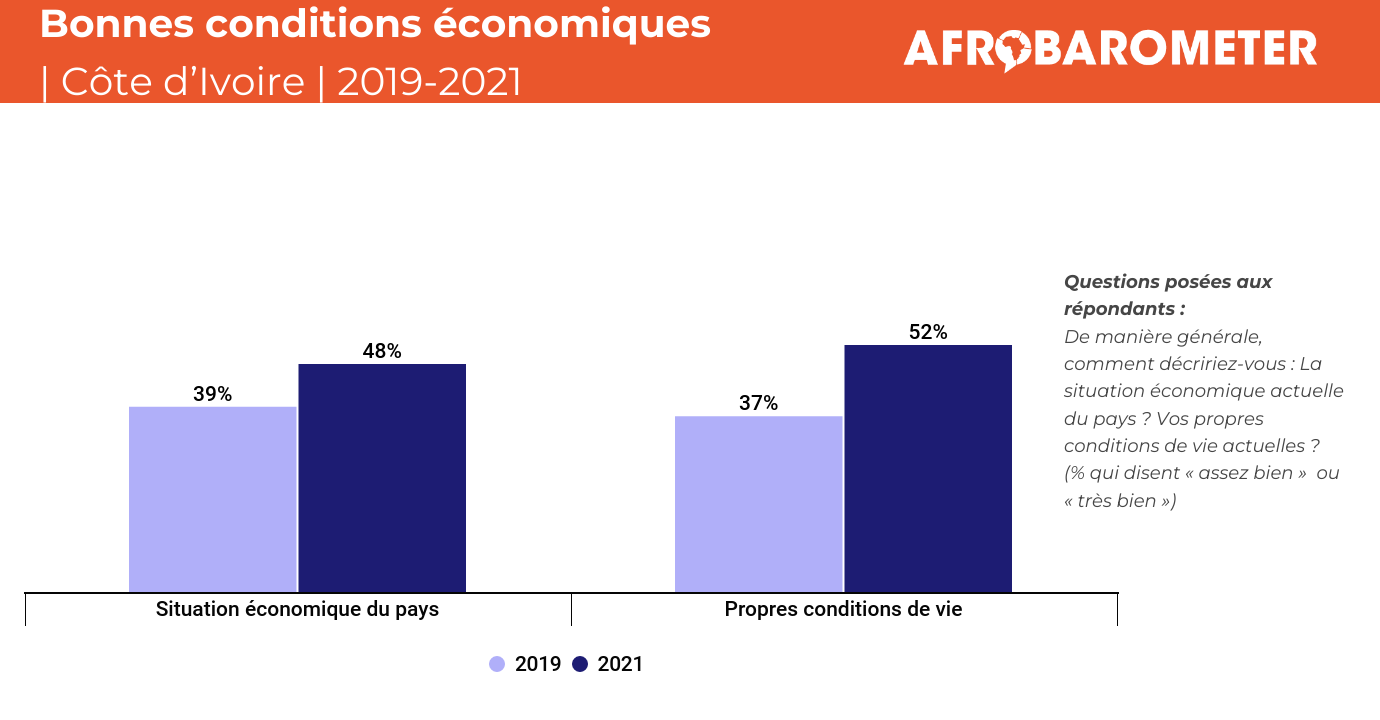 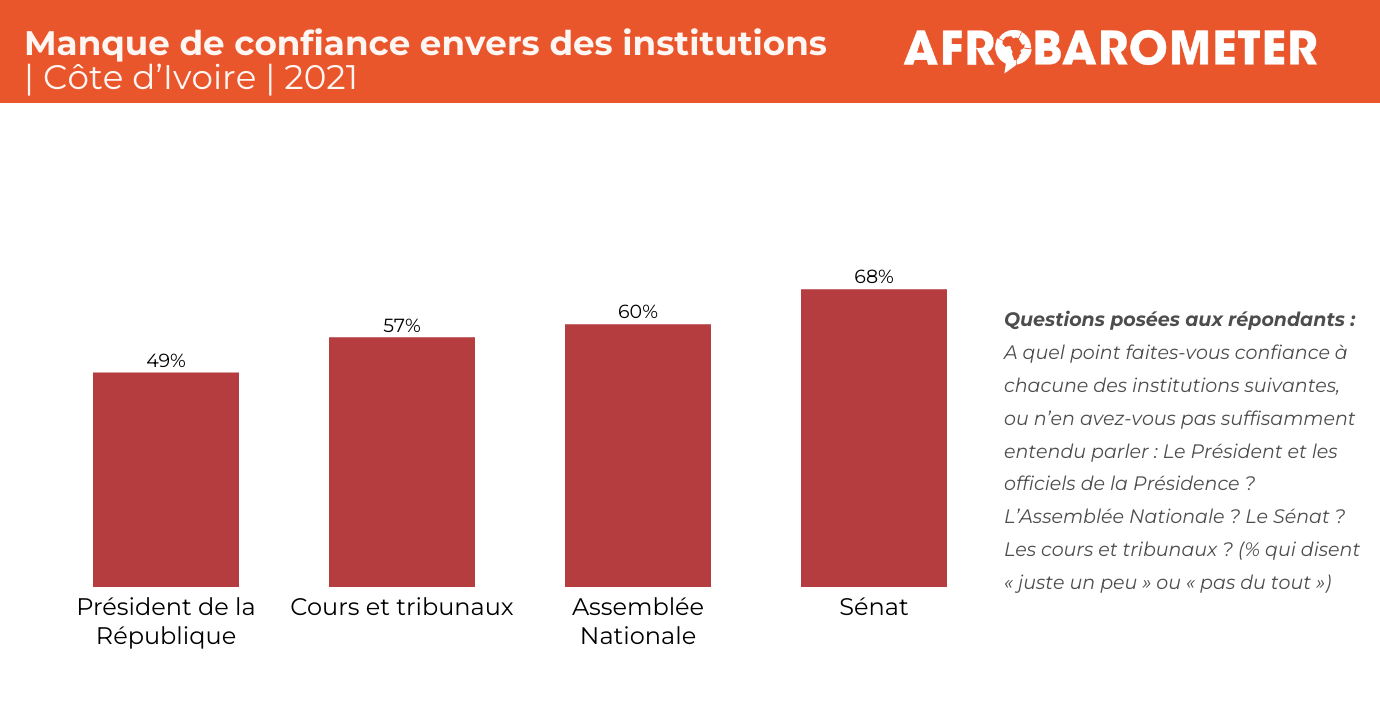