Despite having been led by southern Africa’s first female president, Malawi has made little progress toward equal political participation by women, Afrobarometer’s most recent survey suggests. Women in Malawi remain less likely than men to engage in political activities, and public support for women’s leadership has declined.

From a legal perspective, Malawi has made substantial progress in enhancing gender equality. Malawi’s Constitution states that women enjoy the same rights as men, and Malawi is a signatory to regional and international protocols encouraging gender equality, such as the 2008 Southern African Development Community (SADC) Protocol on Gender and Development. The country has enacted several laws aimed at building gender equality, most notably the Gender Equality Act (2012). The Ministry of Women and Child Development and civil society organisations were instrumental in promoting women candidates in the 2009 and 2014 elections, mainly through their 50-50 campaign. Despite these endeavours and Malawi’s first female president (Joyce Banda) from April 2012 to March 2014, survey results show no significant headway toward increasing women’s participation in politics. 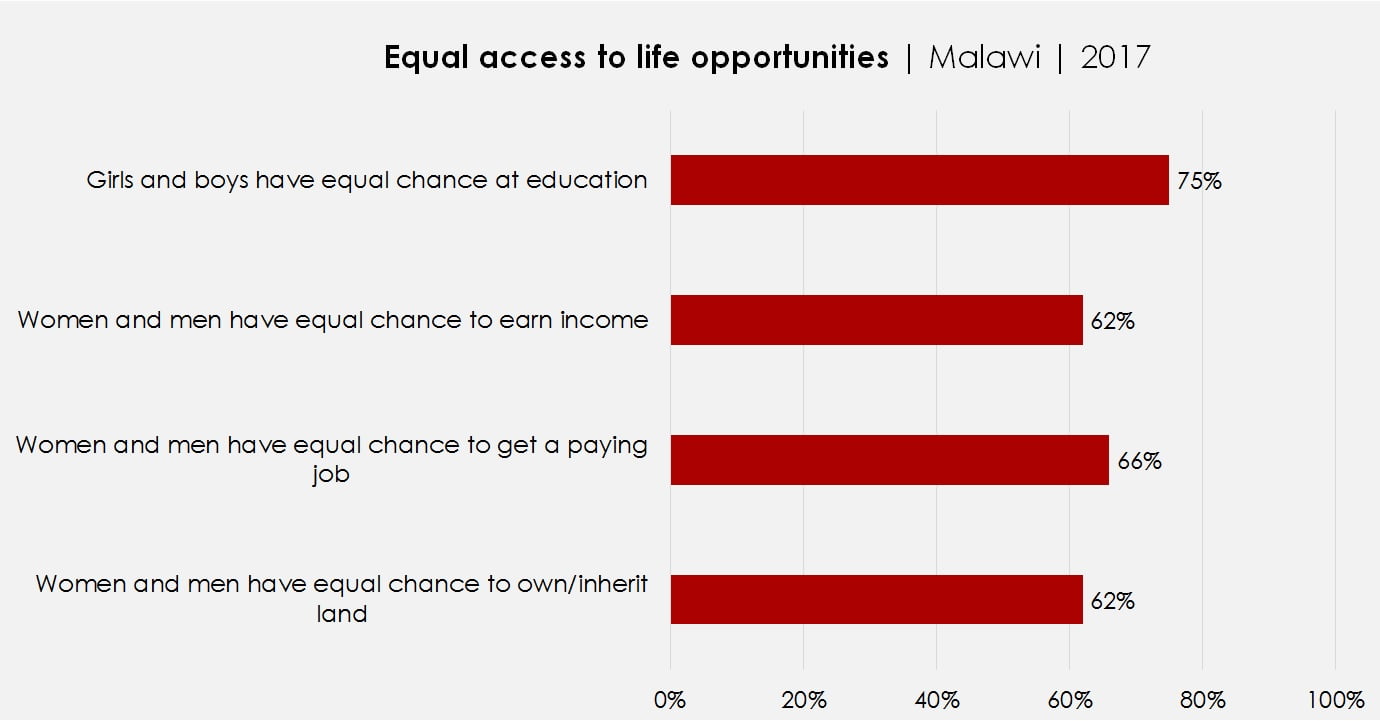 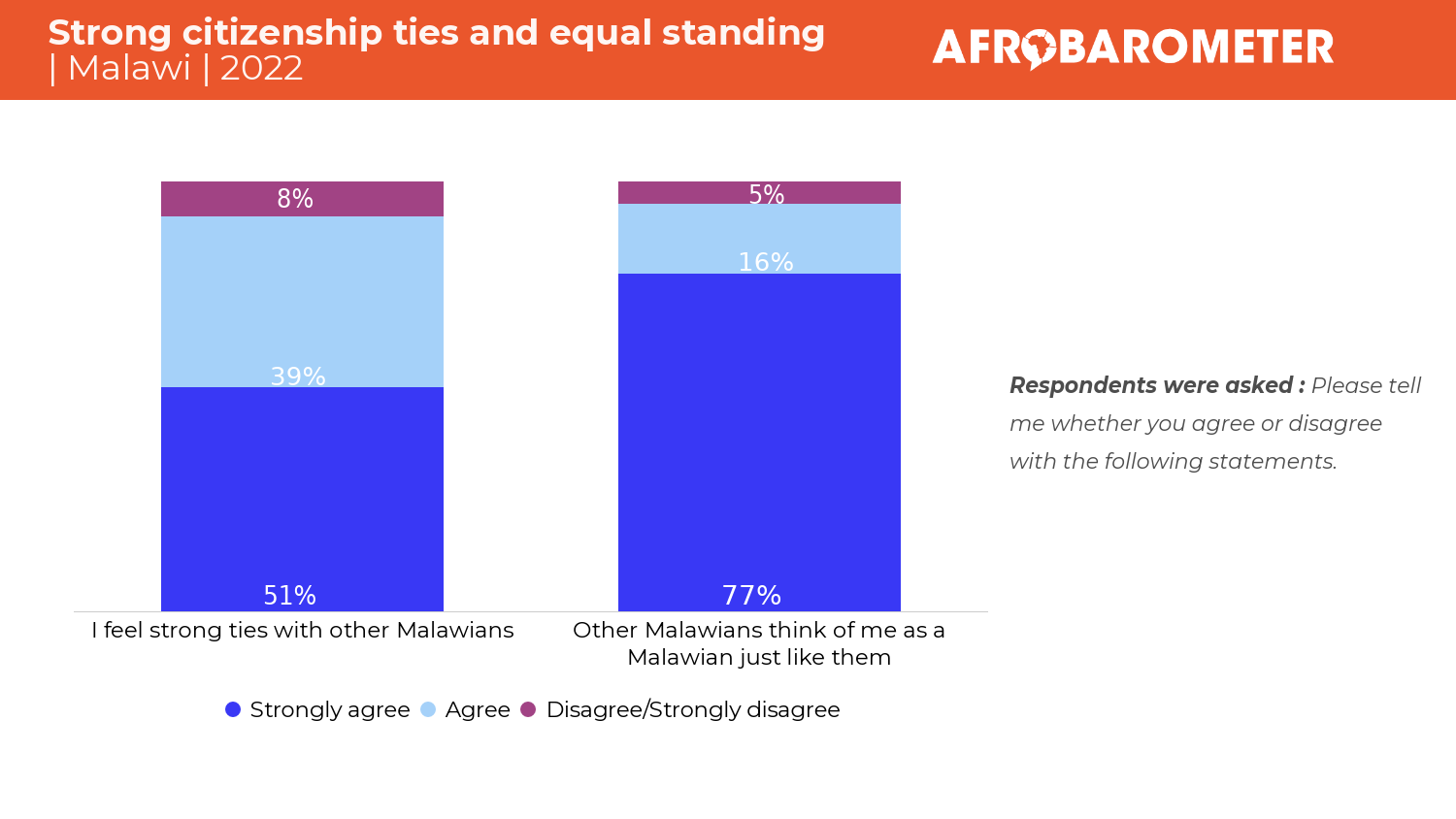