Since independence in 1975, Mozambique’s history has been marked by deep economic crises, political instability, and widespread human-rights violations. In 1990, after 16 years of civil war between the governing Frente de Libertação de Moçambique (FRELIMO) and the Resistência Nacional Moçambicana (RENAMO), the government of former President Joaquim Alberto Chissano established a democratic constitution in an effort to end the conflict (Pitcher, 2006). The constitution foresees multiparty elections and the separation of legislative, executive, and judiciary powers.

Economic and political reforms to support a transition to democracy won praise from independent observers. However, elections in 2005, 2009, and 2014 were marred by charges of electoral manipulation (Bertelsen, 2016; Azevedo-Harman, 2015), raising questions about Mozambique’s progress toward peace and democracy.

Using data from Afrobarometer’s 2015 survey, this dispatch examines how ordinary Mozambicans perceive the quality of their elections and the current state of their country’s democracy. Survey responses paint a troubling picture, suggesting an alarming decline in popular confidence in elections and democracy. Fewer than half of respondents see democracy as preferable to any other form of government, and acceptance of authoritarian alternatives is on the rise. Increasing numbers of citizens see their elections as less than free and fair and doubt that elections ensure that voters’ views are represented. Still, most Mozambicans see voting as a good citizen’s duty – perhaps an indication that despite high current levels of dissatisfaction, they have not entirely given up on democracy. 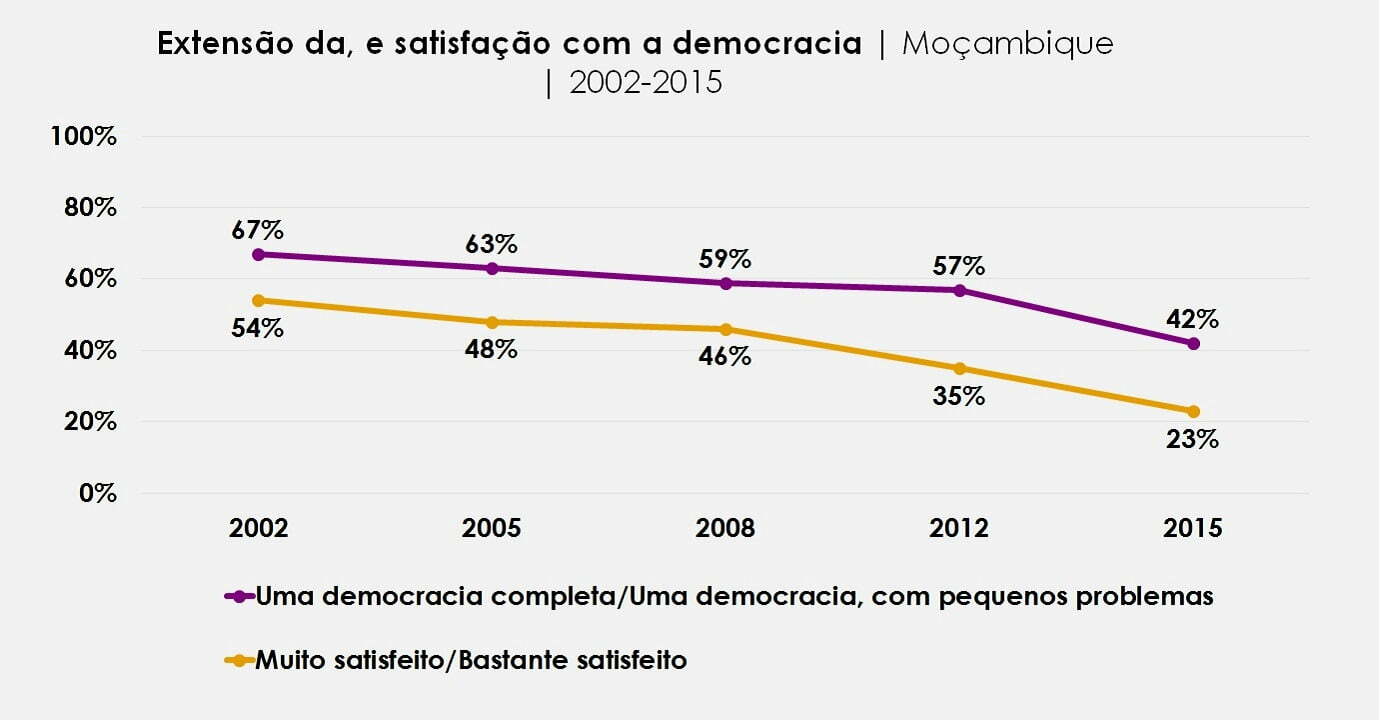