In recent decades, the number and intensity of climate-related hazards such as floods, hurricanes, tropical cyclones, landslides, heat waves, and droughts have increased around the world (Emanuel, 2005; Coumou & Rahmstorf, 2012). Among climate scientists, there is a broad consensus that these increases are associated with global warming caused in large part by human activity (Hansen, Satoa, & Ruedy, 2012; Intergovernmental Panel on Climate Change, 2014). Due to the far-reaching and potentially disastrous consequences of global climate change, scientific research and public debate on this topic have expanded dramatically over the past two decades.

Small Island Developing States (SIDS) are among the countries most vulnerable to the impacts of climate change, including rising tides, coastal erosion, ocean acidification, more intense cyclones, and an increase in the occurrence of floods and droughts. In Mauritius, a SIDS in the Indian Ocean east of Madagascar, such changes would threaten the tourism industry (a central sector of the island’s economy) as well as agriculture.

To help mitigate these risks, the government of Mauritian Prime Minister Anerood Jugnauth has taken steps to combat further climate change and its ramifications. Though hardly a major contributor to the causes of climate change, Mauritius was among the first countries to ratify the Paris agreement adopted at the Conference of Parties (COP 21) to the United Nations (UN) Framework Convention on Climate Change in December 2015 and to submit its Intended Nationally Determined Contribution (INDC) to reduce the country’s greenhouse gas emissions after 2020. The INDC provides that Mauritius will lower its emissions by 30% by 2030 (Republic of Mauritius, 2015). To reach that aim, the government has committed itself to decarbonize its energy sector – currently largely dependent on fossil fuels – through major investments in renewable energy sources such as solar, wind, and wave energy.

While Mauritius’ commitment is linked to access to climate funds by international donors (e.g. the World Bank’s Clean Technology Fund, the Global Environment Facility, and the Sustainable Energy Fund for Africa administered by the African Development Bank), a shift toward cleaner energy technologies would likely also lead to higher electricity costs for industrial and private consumers on the island. The success of the government’s ambitious renewable-energy plans thus depends on the support of voters.

What are citizens’ attitudes toward decarbonizing energy production? The 2014 Afrobarometer survey asked Mauritians whether they think the government should invest in the production and use of clean energy even if this would mean higher electricity bills. Findings show widespread public support for clean energy, particularly among educated citizens, with reservations among some sub-groups that may inform approaches as Mauritius and other African countries move toward sustainable energy. 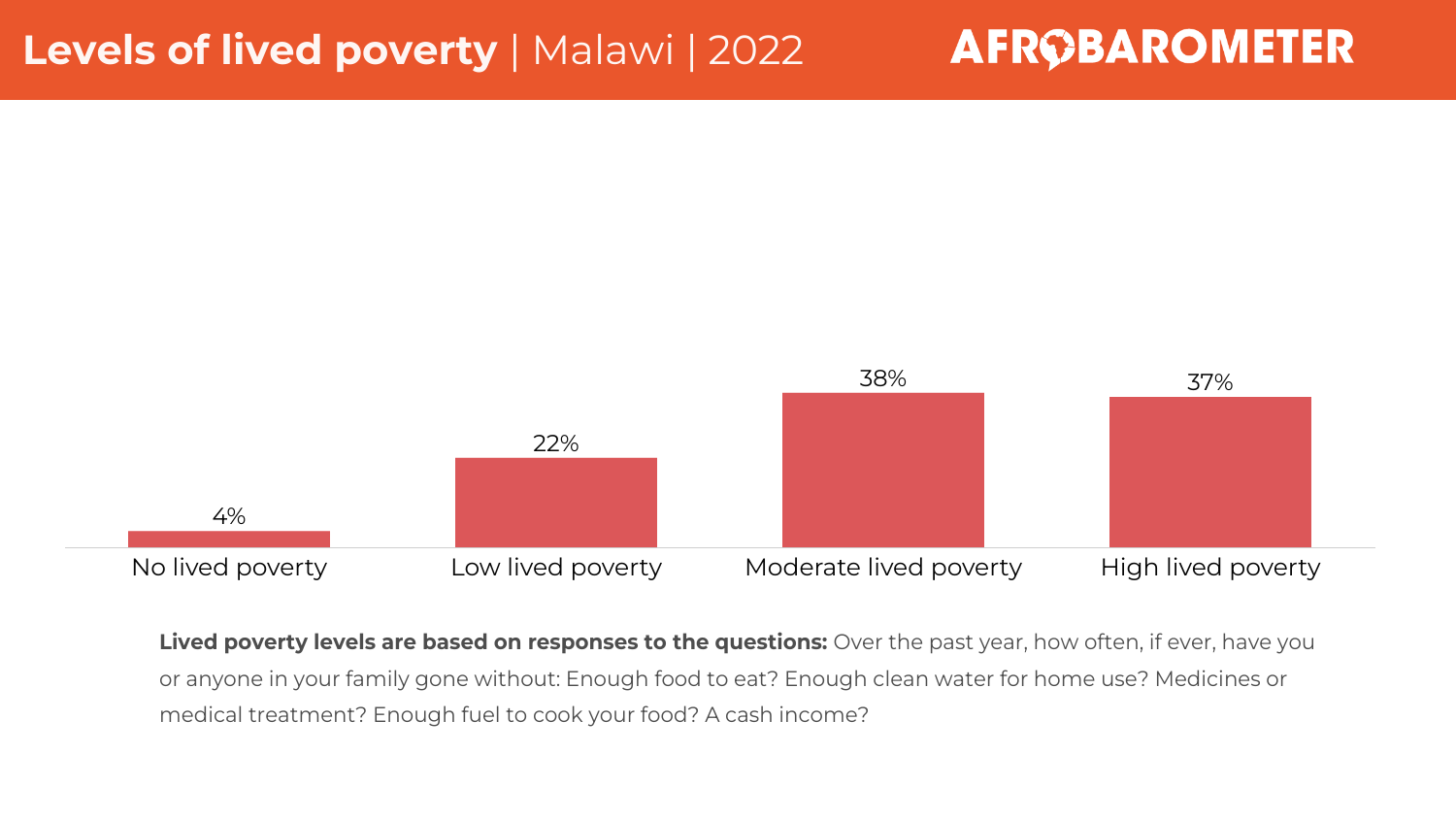 Dispatch
AD569: Under one government after another, more and more Malawians live in poverty
31 Oct 2022
Preston Govindasamy
Assistant surveys manager for Southern Africa