Support for women’s political leadership declined from 2012 to 2014, and even though two-thirds of women say that women should have the same chance as men of being elected to political office, a majority of women and men still support the law that allows only sons to succeed to chieftaincy in Lesotho. 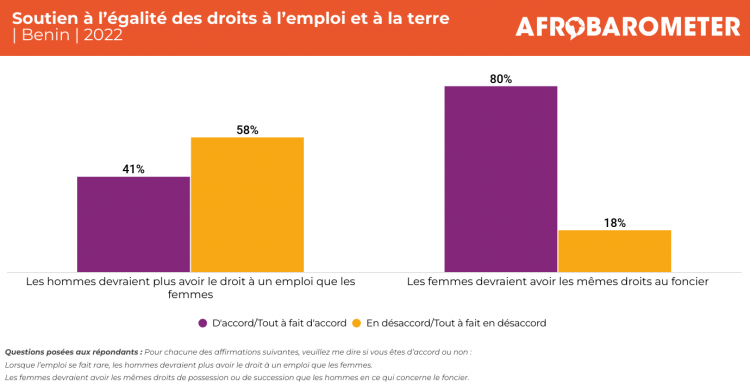