How well do African citizens think their elected representatives are fulfilling their roles? How do constituents perceive their political leaders’ integrity, their responsiveness, and their commitment to serving the public interest?

Findings from Afrobarometer surveys in 36 African countries suggest considerable room for improvement. While assessments vary by country, overall public trust is low, perceived corruption and official impunity are on the rise, and most people say MPs and local councillors aren’t interested in listening to their views. More fundamentally, a majority of Africans believe that political leaders are more concerned with advancing their own ambitions than with serving the people.

Job performance ratings reflect these concerns: Almost half of all citizens disapprove of how their MPs and councillors are doing their jobs, and disapproval is even higher among those who see their elected officials as motivated by personal ambition, involved in corruption, or unwilling to listen to their constituents. 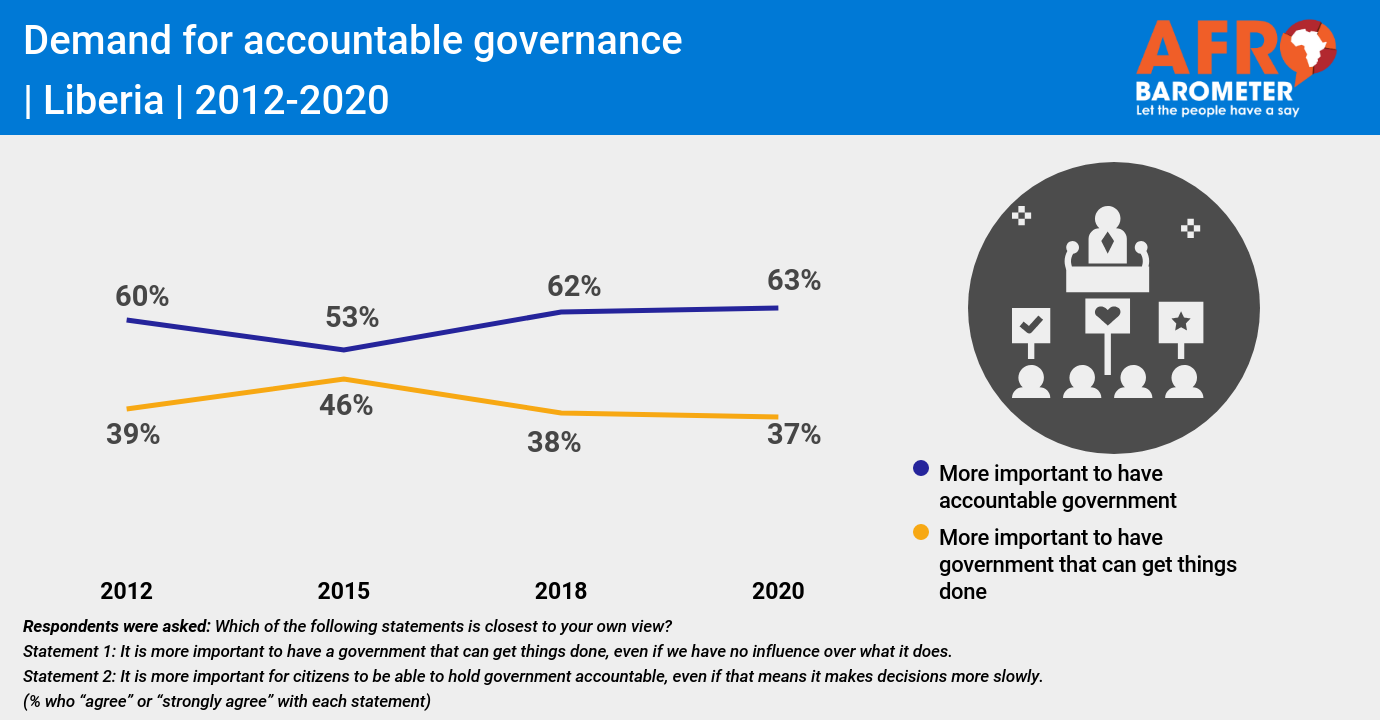