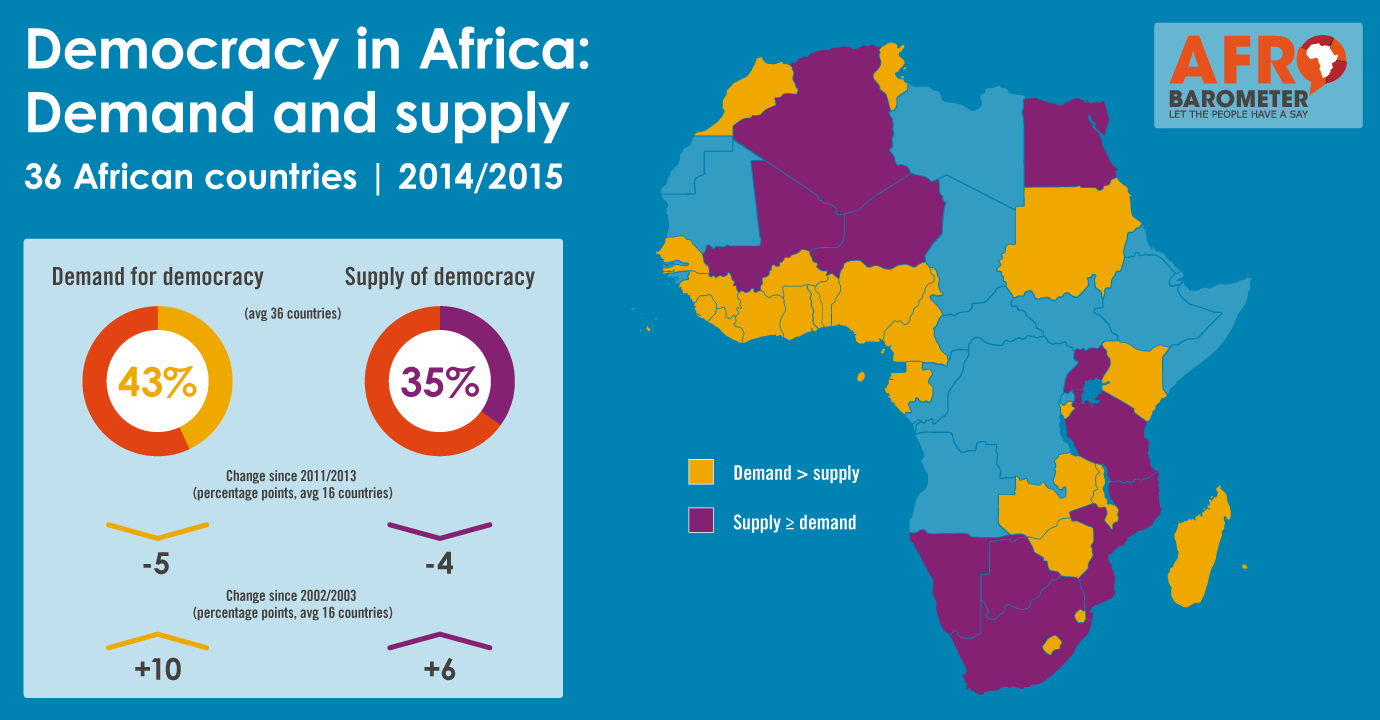 A decade-long upward trend in African citizens’ demand for democracy has ended with a downward turn since 2012, according to a new Afrobarometer analysis. But despite these warning signs of a democratic recession, public demand for democracy remains higher than a decade ago, and most Africans still say they want more democracy than they’re actually getting – a good basis for future democratic gains.

One important factor: the quality of elections. African countries with high-quality elections are more likely to show increases in popular demand for democracy. These findings are part of a new report titled “Do Africans still want democracy?”, published on 22 November by Afrobarometer, the world’s premier source of reliable data on public perceptions and attitudes across Africa. 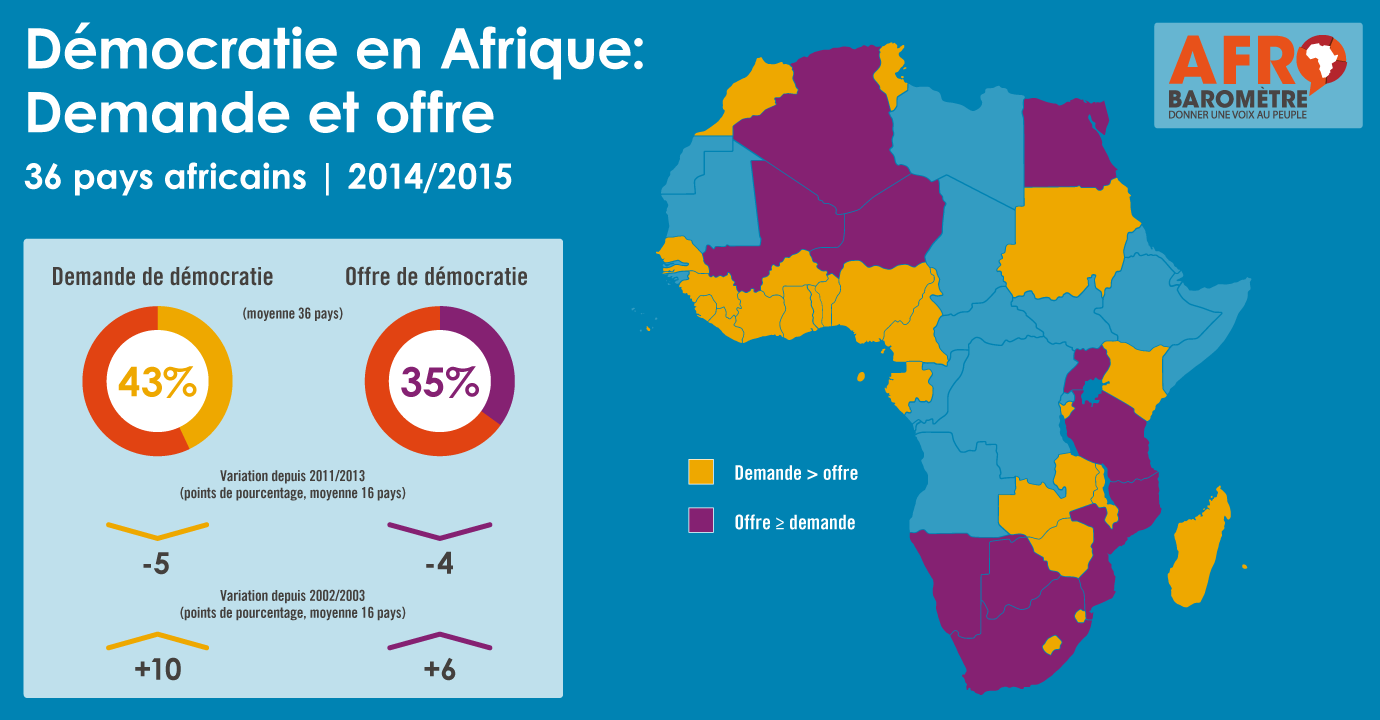