Almost three-fourths of adult Zimbabweans trust religious leaders and non-governmental organisations the most in the country. The least trusted institutions are the Zimbabwe Revenue Authority and opposition political parties. This data is from the latest Afrobarometer survey and is being released at a time when there is a proliferation of church organisations and much intra-party fights among the opposition political parties in Zimbabwe ahead of the 2018 harmonised elections.

On the other hand, the NGOs continue to play critical role in terms of filling developmental gaps in areas where the government is financially constrained. However, the relationship between the government and some of these NGOs (particularly those focusing on governance issues) have been far from rosy as the government has often accused them of pushing for regime change. Despite the factional fights within the opposition parties, talks about a grand coalition of opposition political parties to contest the next elections seem to be gathering momentum with the main opposition party in Zimbabwe, the MDC-T, having signed a Memorandum of Understanding with the Joice Mujuru-led National People’s Party (NPP) and the Welshman Ncube-led MDC. 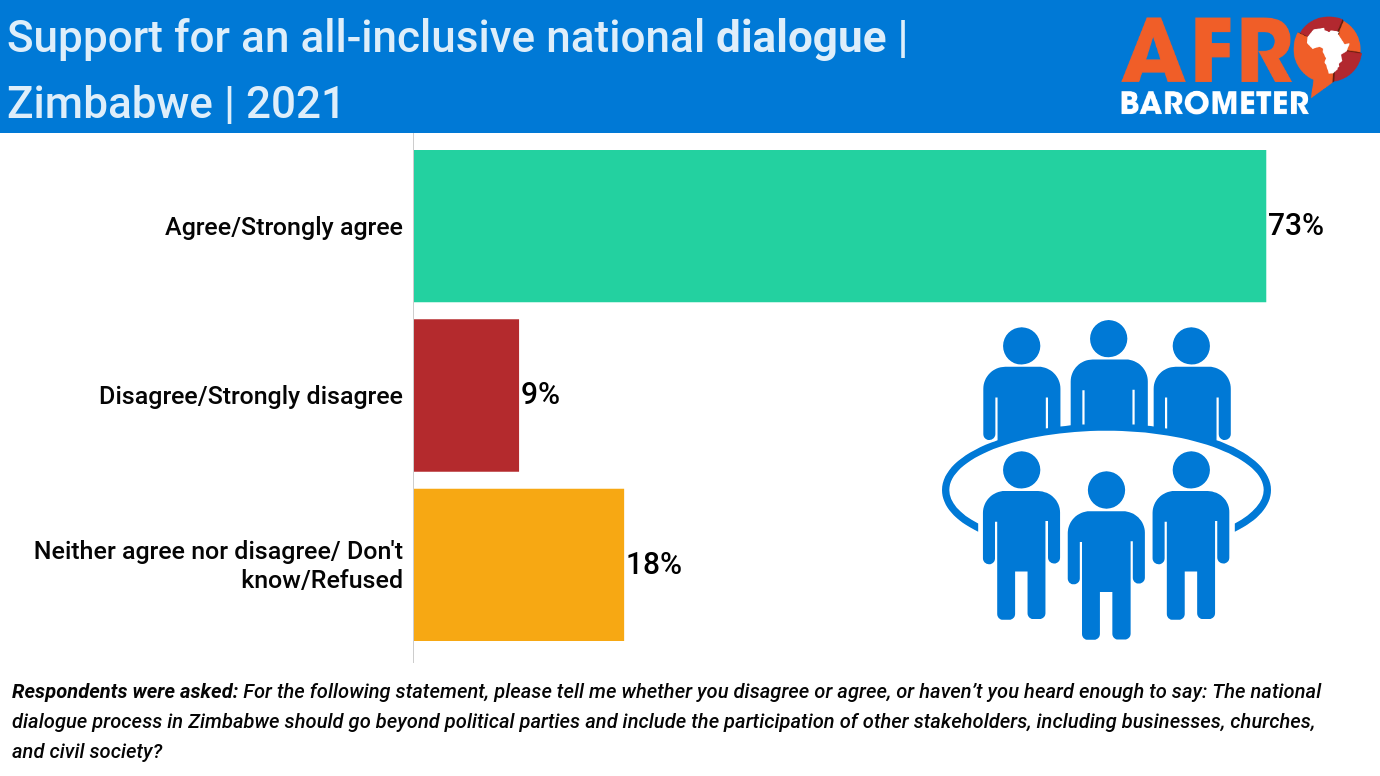