A majority of Ugandans think their political leaders are more interested in advancing their own ambitions than in serving the people, the latest Afrobarometer survey shows.

Popular performance ratings for members of Parliament and district councillors declined compared to previous survey rounds, and few citizens think their elected leaders do their best to listen to what their constituents have to say.

Just a year into the current five-year terms of parliamentarians and district councillors, these findings should encourage these leaders to listen to the public’s concerns to foster inclusive and better service delivery. 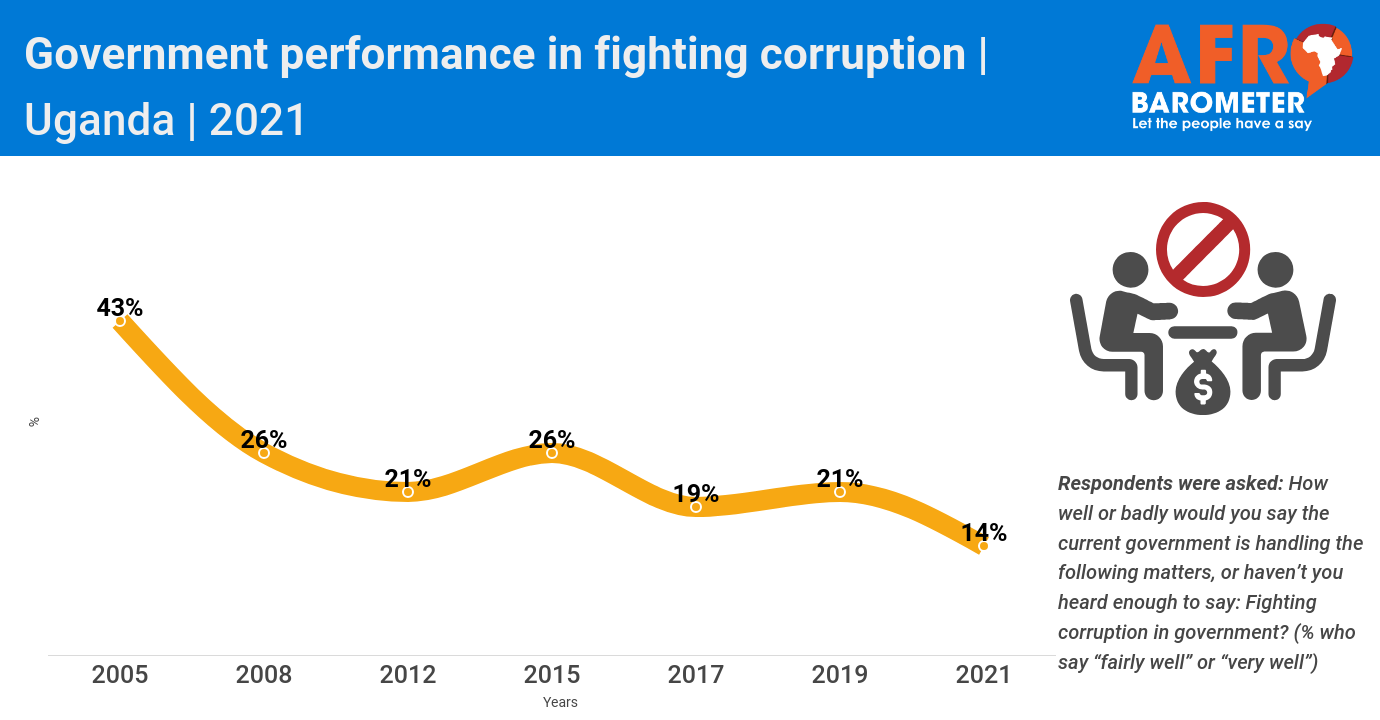