Even before the recent surge in election-related violence, a majority of Ugandans saw freedom for Uganda’s political opposition as shrinking, an analysis of Afrobarometer survey data shows.

In a nationally representative survey completed in early 2017, nearly six in 10 Ugandans (58%) said that opposition parties now enjoy less freedom to function than in the past. Almost half of citizens said opposition candidates are at least “sometimes” prevented from running for office, and majorities said that they feared political intimidation and violence and that citizens have to be careful about which political organizations they join and how they vote. A majority said they have to be cautious in their political speech, although six in 10 also said that freedom of speech has increased compared to “a few years ago.”

Concerns about political space in Uganda were brought to the fore by the government’s treatment of opposition politicians following this year’s by-elections in Rukungiri, Bugiri Municipality, Sheema Municipality, and Arua Municipality, in which lives were lost and more than 30 opposition supporters, including five members of Parliament, were charged with various offenses, including treason. 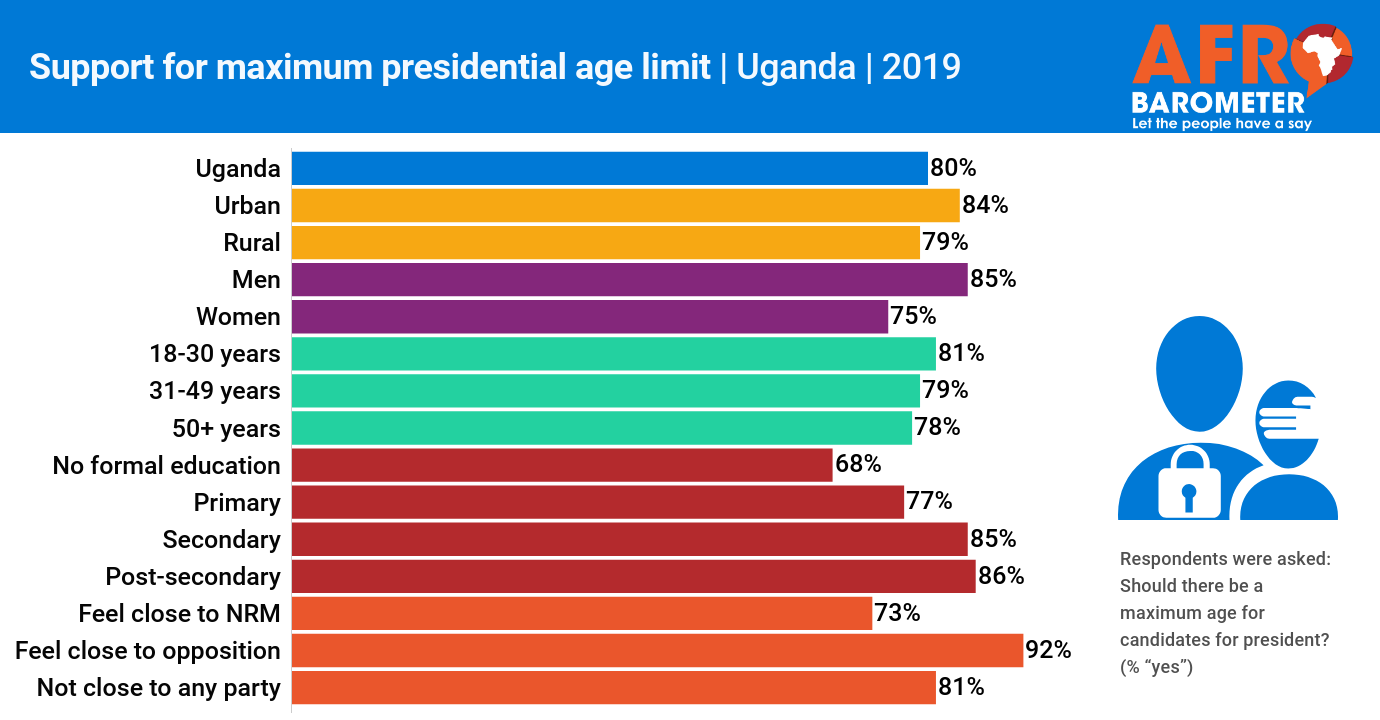