A majority of Ugandans think that corruption is getting worse in their country and that their government is doing a bad job of fighting it. Most say ordinary people risk retaliation if they report corruption to the authorities, findings from a recent Afrobarometer survey show.

Among key public institutions, the Uganda police are most widely seen as corrupt, followed by civil servants and tax officials. Paying bribes is a common part of daily life in Uganda: More than half of respondents who accessed police services during the previous year say they had to pay a bribe.

Uganda ranks in the worst-performing quarter (142th out of 180 countries) on Transparency International’s 2020 Corruption Perceptions Index. 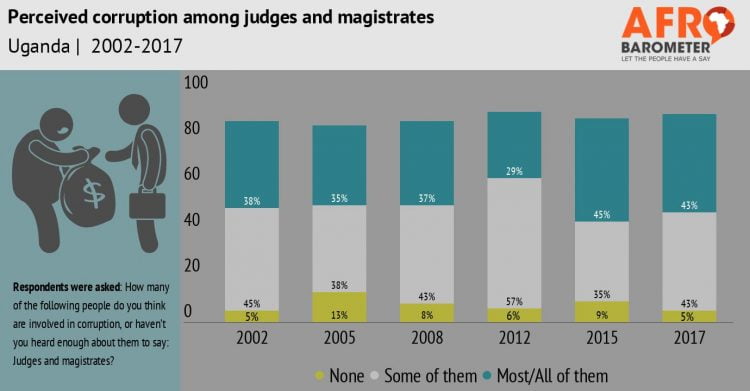