A majority of citizens (63%) say that they trust their president “somewhat” or “a lot”. This is according to the latest Afrobarometer survey in Zimbabwe (2014), which shows significant increase in trust levels in the president since 2009. This analysis covers the latest country`s post elections period from 2009 to 2014.

As one would expect, President Robert Mugabe attracts high trust levels in rural communities, from supporters of the ruling party, the Zimbabwe African National Unity Patriotic Front (ZANU-PF), and in provinces where the ruling party holds the majority share.

These findings come at a time when Zimbabwe has experienced a growing disconnect between constitutional protections and the daily experience of ordinary citizens. The post-2008 constitution conforms to most widely-accepted democratic norms and protections, such as: holding free and fair elections, the independence of the different parts of the government, adherence to the rule of law, political freedoms, and the existence of independent media and civil society. However, the country has experienced widespread human rights violations, with large numbers of Zimbabweans being arrested and harassed for demanding freedom of expression. Furthermore, the politicisation of key organs of the state such as the judiciary, the military, police force and public services remains a great concern to citizens.

News release
Government fares badly on job creation but gets thumbs up for promoting opportunities for women
3 May 2017
Dispatch
AD206: Zimbabwe’s MPs, local councillors get poor ratings on responsiveness and performance
16 May 2018 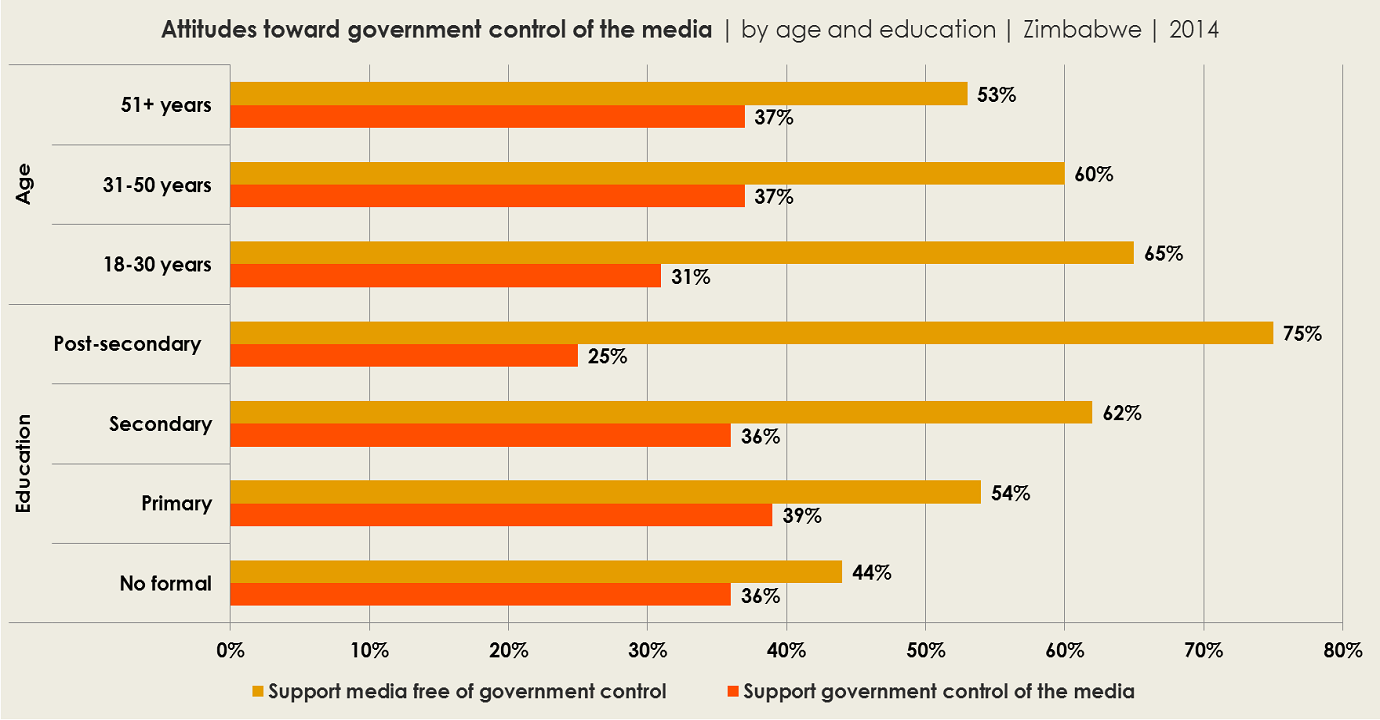