In Eswatini, support for multiparty competition has almost doubled since 2015 and is now the majority view, the latest Afrobarometer survey shows.

A popular preference for democracy over any other political system also strengthened, though more modestly.

A majority of Emaswati say that citizens should be free to join any organization they want, even if the government disapproves of it. Yet while freedom of assembly and association are provided for in the country’s constitution, political parties remain banned in Eswatini and play nor part in the electoral process. Calls for democratic reform have been at the heart of ongoing protests that began earlier this year. 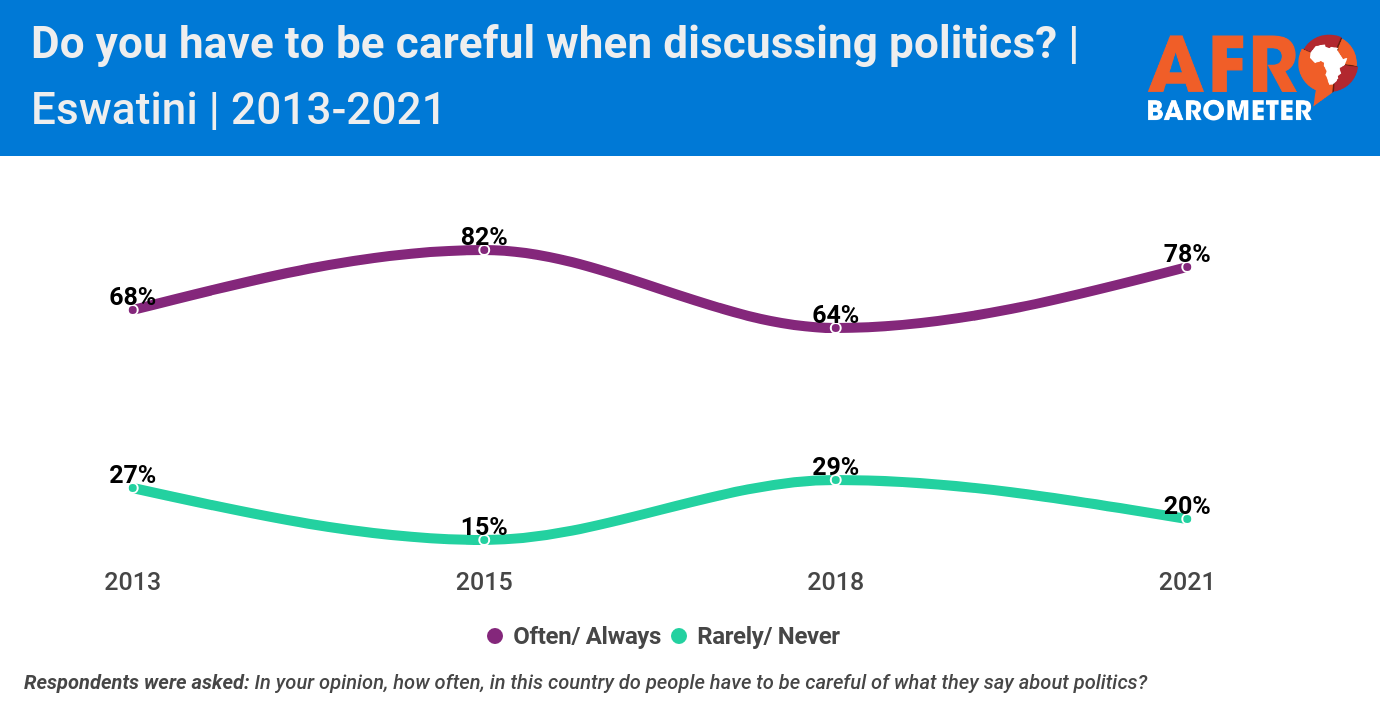