Only one-third of Sierra Leoneans say the country is going in the right direction, a significant decline after some optimism with the change in government in 2018, a new Afrobarometer survey shows.

Sierra Leoneans are overwhelmingly dissatisfied with their personal living conditions and the country’s economy, and very few citizens believe the government is doing a good job of handling the economy. Dissatisfaction with the country’s economy and personal living conditions is reflective of citizens’ increasing levels of deprivation in their everyday lives, as large majorities experience shortages of food, clean water, and other basic necessities. Citizens in the opposition-controlled Western and Northern regions are especially bleak in their outlook.

In 2018, President Julius Maada Bio inherited an economy undergoing austerity measures and faced high expectations of economic improvement. These survey findings suggest that a series of steps to strengthen the economy have yet to translate into material gains for most citizens. 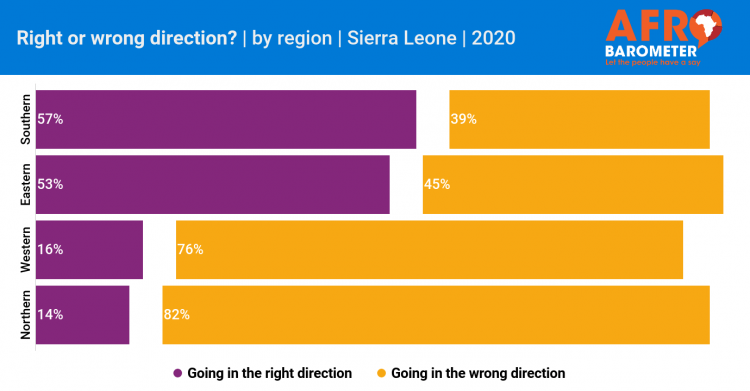