Most Nigerians who encountered the police last year say they had to pay bribes and found it difficult to get help, Afrobarometer survey findings show.

Based on citizens’ assessments, Nigeria’s police are widely seen as corrupt, unhelpful, and untrustworthy – a strongly negative perception that forms the background for recent protests against police abuses. While protests initially focused on the controversial Special Anti- Robbery Squad (SARS), the government’s decision to abolish the unit has not ended protesters’ calls for police reform.

The Afrobarometer survey, conducted in early 2020, shows that while only one in 10 Nigerians sought police assistance last year, about five times as many encountered the police at checkpoints and traffic stops or during investigations. Whether for assistance or to avoid problems, large majorities – more than in most other African countries that have been surveyed – say they had to pay bribes.

A majority of citizens who sought police assistance also say they found it difficult to get the help they needed.

Compared to other key leaders and officials, the police are more widely perceived to be corrupt and less trusted by citizens. Large majorities of Nigerians say the government is doing a poor job of fighting corruption and reducing crime – a stark reversal from positive assessments three years ago. 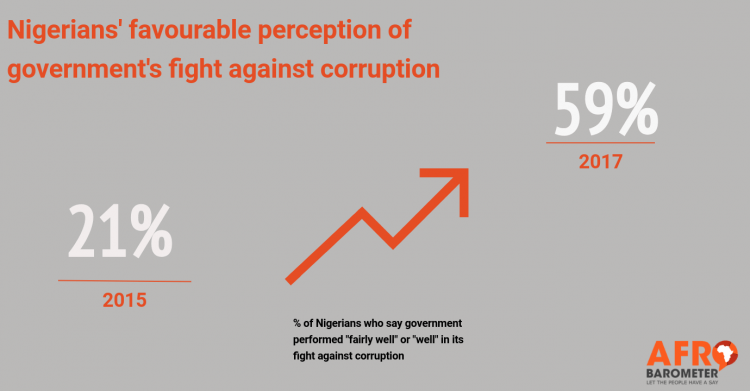