More than half of Namibians think that the increased number of women in the National Assembly has made Parliament more effective, according to the most recent Afrobarometer survey.

Moreover, more than two-thirds of Namibians support the use of gender quotas to ensure more equal participation of men and women in both National Assembly and regional council elections.

In 2015, Namibia leapfrogged many countries to become a global leader in the representation of women in the National Assembly after the ruling SWAPO party implemented a 50/50 party list. However, regional councils and the National Council continue to be dominated by men. With the next set of elections taking place in 2019 and 2020, and given the government’s stated commitment to gender equality, gauging public support for quota systems, as well as perceptions of the impact on the National Assembly of the increased number of women, is timely. 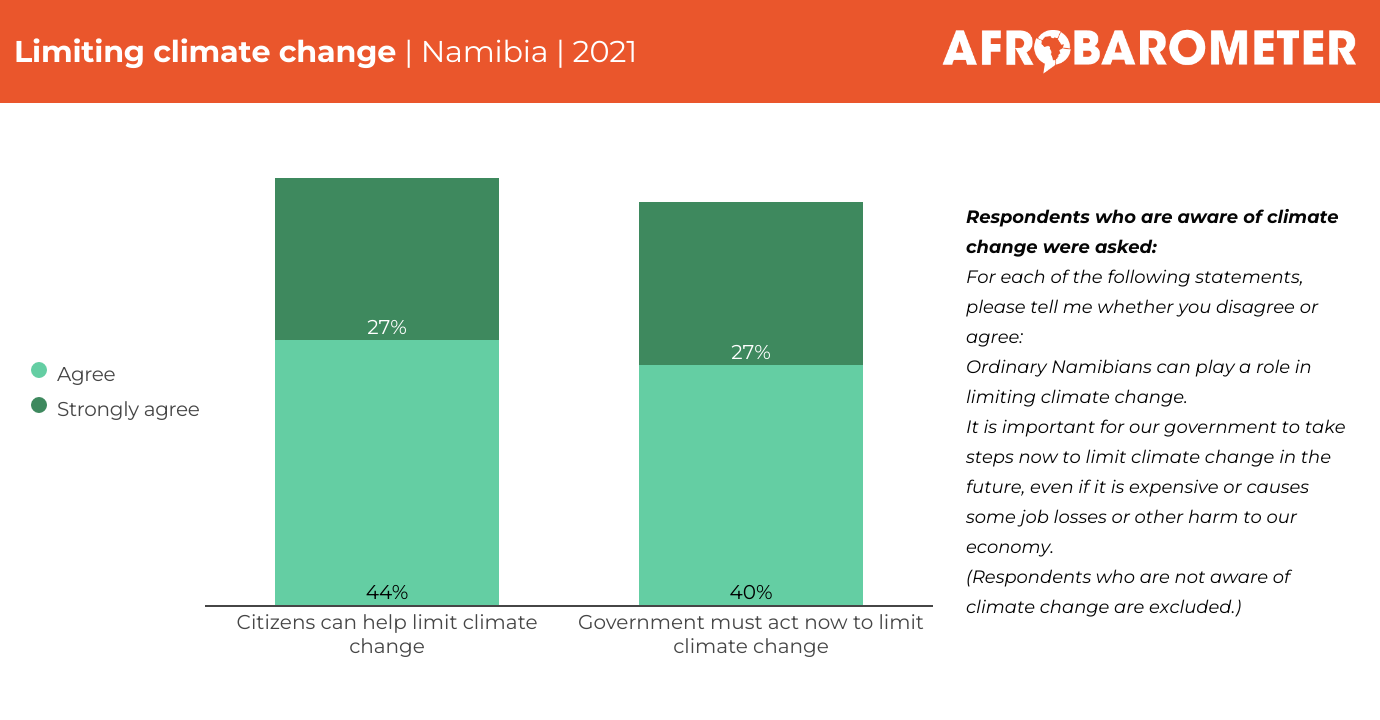 Dispatch
AD510: Namibians look to government, one another for action on climate and environment
4 Mar 2022