More than two-thirds of Africans say climate change is making their lives worse and must be stopped, Afrobarometer analyses show.

The largest-ever survey of Africans’ perceptions of climate change, conducted in 34 countries in 2016/2018, found widespread reports of worsening quality of life and deteriorating conditions for agricultural production, as well as limited “climate change literacy” among average citizens.

In all but four countries, pluralities said climate conditions for agricultural production have worsened over the past decade, most often due to drought.

And among Africans who had heard of climate change, large majorities said it is making life in their country worse and needs to be stopped.

Afrobarometer’s Pan-Africa Profile report explores experiences and perceptions of climate change by country and region. As leaders from around the world gather virtually for a climate summit ahead of the next United Nations talks, these citizens’ voices suggest there is substantial public backing in Africa for global and national action to address climate-related threats.

Detailed country-level reports for many countries are available on the site. 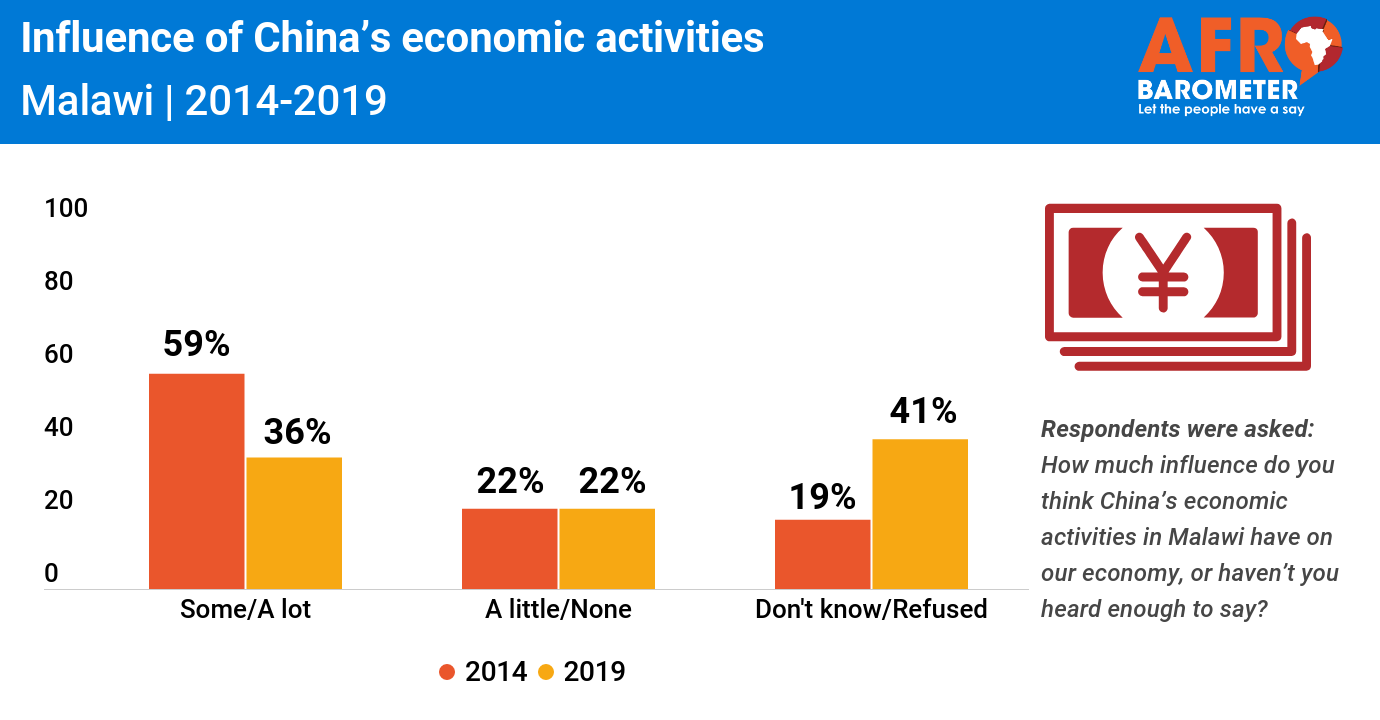 Dispatch
AD406: In Malawi, perceptions of China’s influence, though positive, are on the decline
16 Nov 2020