Migrating most campaign activities to the media to limit the spread of the coronavirus, as recently directed by the Electoral Commission, may be feasible as the number of registered/operational media outlets in Uganda has reached more than 300 radio stations, 50 television stations, and 10 major  news publications while the Internet and social media are now available in most trading centers and villages. Recent increases in media penetration into the countryside and in local-language media, as well as strong popular support for a free media, add to the feasibility of media-only campaigns in the 2021 elections.

However, Afrobarometer survey data show that the proportion of Ugandans who can access and who make use of various media channels remains relatively low and concentrated among certain demographics, such as the young, the more educated, men, urban residents, and people in the Central region. Media-only campaigns may thus disadvantage more women than men, and many poorer, less educated, older, and rural citizens.

These findings make a strong case for the government to ensure access to media that guarantees equitable access and free engagement between candidates and members of the public. 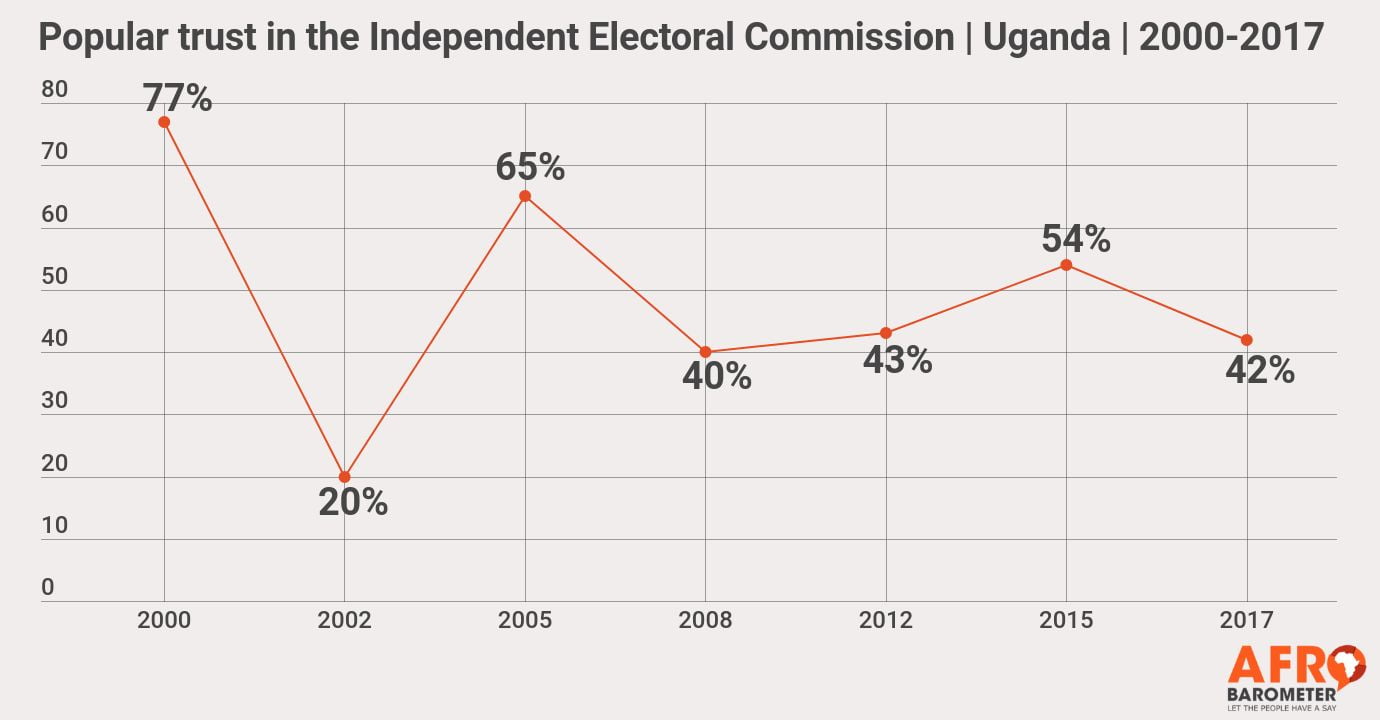 Dispatch
AD182: Election quality: Ugandans skeptical of electoral commission, back reforms to gain transparency
14 Aug 2020
Working paper
WP60: Where is Africa going? Views from below: A compendium of trends in public opinion in 12 African countries, 1999-2006
1 May 2006