Mauritians express a strong sense of national identity and display high levels of tolerance and trust in the community, the latest Afrobarometer survey shows.

Most citizens value their national identity as Mauritians at least as highly as their ethnic-group identity. Most also say they trust their neighbours and other citizens, and express tolerant attitudes toward people of different religions, ethnicities, nationalities, and sexual orientations.

However, almost half say the government treats their ethnic group unfairly at least “sometimes.”

Despite attitudes indicating openness to community, citizens report limited community engagement, such as participation in community meetings or contact with elected officials. 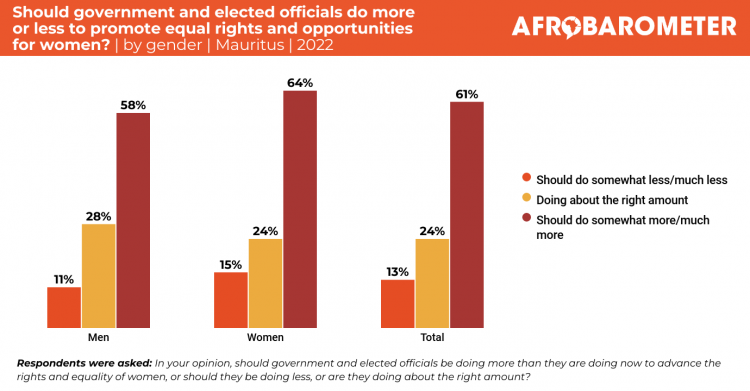