Fear of crime is on the rise in Mauritius, and security is the second-most-important problem that Mauritians want their government to address, Afrobarometer survey findings show.

While a majority of citizens say they trust the police, the Special Mobile Force, and judges and magistrates, popular trust in these institutions has declined since 2012.

Large majorities say at least some police officers and judges are corrupt, although only a small minority of citizens report having to pay bribes to police officers. 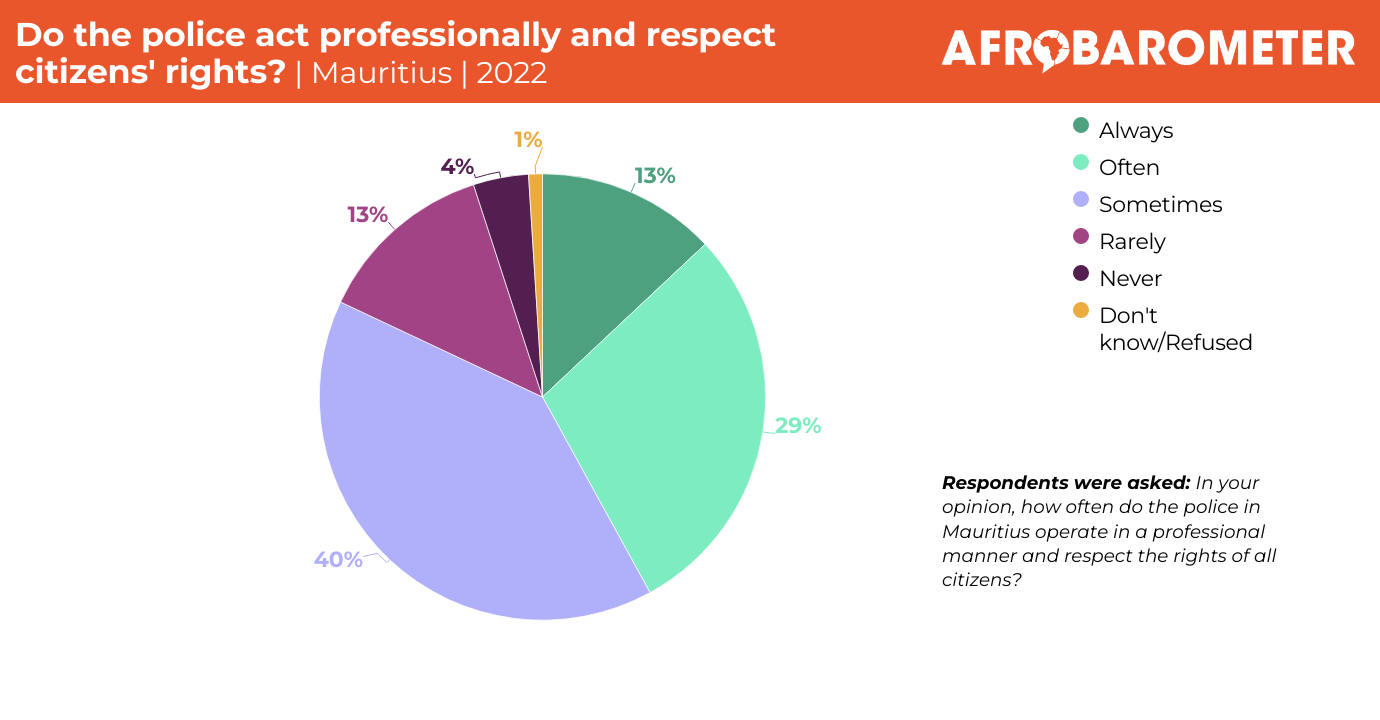