More than three-quarters of Mauritians say the level of corruption in the country increased last year, according to the latest Afrobarometer survey, and majorities express mistrust of their leaders and institutions.

Low levels of popular trust mark the established political class, including both the ruling coalition and opposition political parties, as well as the president and prime minister, the National Assembly, and the Electoral Commission.

At the same time, many Mauritians see widespread corruption among members of the National Assembly, in the prime minister’s and president’s offices, and in other key institutions.

Large majorities disapprove of the government’s performance in fighting corruption and say that ordinary people risk retaliation or other negative consequences if they report incidents of corruption. 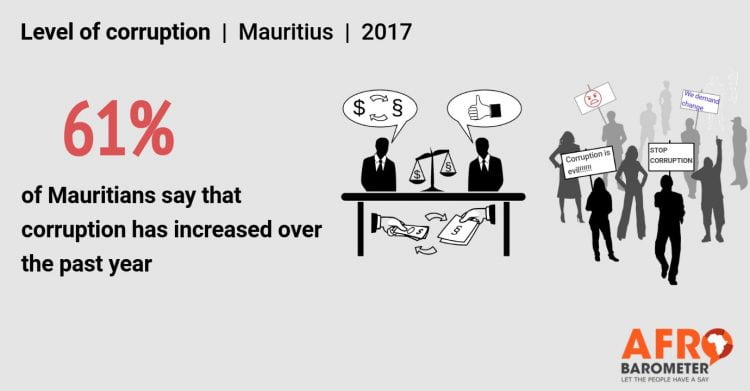