Malawians value Parliament’s legislative and oversight role but are highly critical of the performance of parliamentarians, according to the latest Afrobarometer survey. A majority want parliament to vet the president’s appointment of cabinet ministers and hold the president accountable. Most citizens disapprove of how their Members of Parliament (MPs) have been doing their work and feel that their MPs do not listen to them. A significant proportion of MPs are perceived to be corrupt, and public trust in the National Assembly has waned.

News release
Job performance of MPs, local councillors: Are representatives serving Africa’s voters or themselves? (Afrobarometer findings)
14 Sep 2016
Working paper
WP60: Where is Africa going? Views from below: A compendium of trends in public opinion in 12 African countries, 1999-2006
1 May 2006 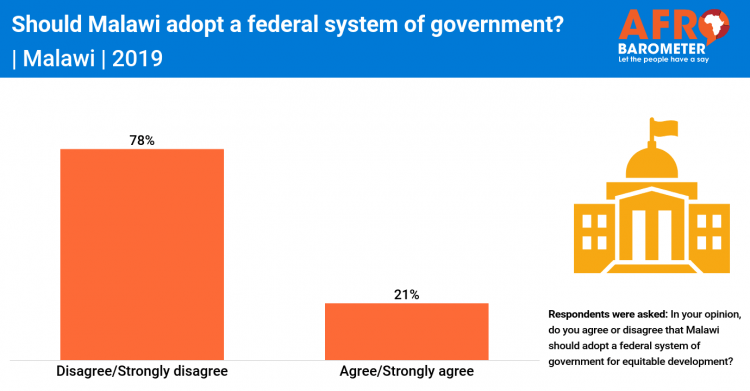