The percentage of Zambian citizens who believe in the effectiveness of national elections in effecting change has nearly doubled in a space of 10 years. The most recentAfrobarometer survey has revealed that between 2005 and 2014, the percentage of Zambians who expressed confidence in the effectivess of national electionsto bring about changeincreased from 30% in 2005 to 59% in 2014.

The data is in agreement with other sources that lend credence to Zambia’s strengthening democracy.For instance, in 1991, Zambia became one of the first post-independence countries in Africa to effect change of government through peaceful and competitive elections when the then-ruling United National Independent Party (UNIP) wasdislodged by the Movement for Multiparty Democracy (MMD) in a national election. Change through competitive elections was repeated 20 yearslater when the ruling MMD lost power to the Patriotic Front in 2011 national elections (see Zambia’s electoral commission website www.election.org.zm). 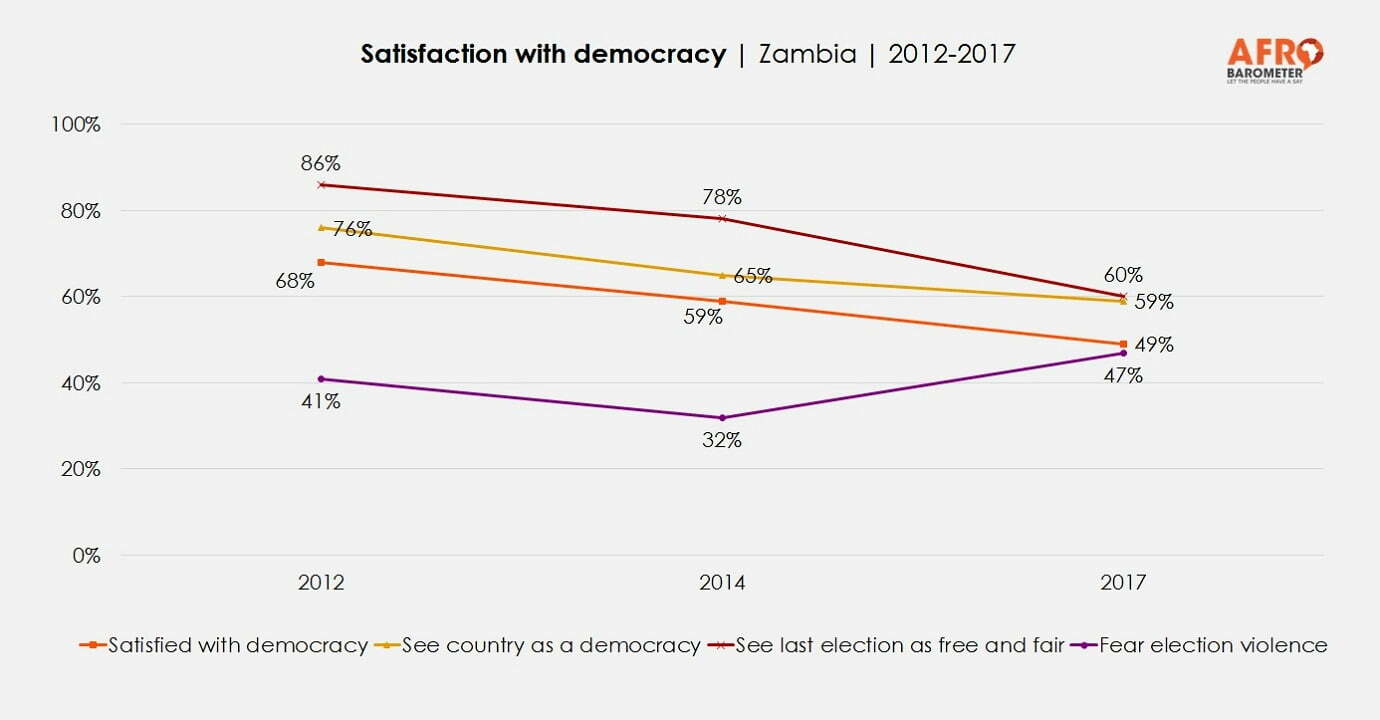