Despite appeals by the president and attorney general to join the national crusade against corruption, a majority of Angolans believe that reporting corruption cases carries risks of retaliation or other negative consequences, according to Afrobarometer’s first survey in the country.

Survey findings show that Angolans are divided in their views on other aspects of the fight against corruption, including whether corruption levels have increased or decreased, whether President João Lourenço is using the issue to get rid of political opponents, and whether corruption charges stemming from before 2017 should be dropped to promote the country’s political stability. But a majority agree that the government should recover all assets acquired by corrupt means.

Overall, a majority of Angolans say the government is doing a poor job of fighting corruption. Among key state institutions, the police are most widely seen as corrupt. 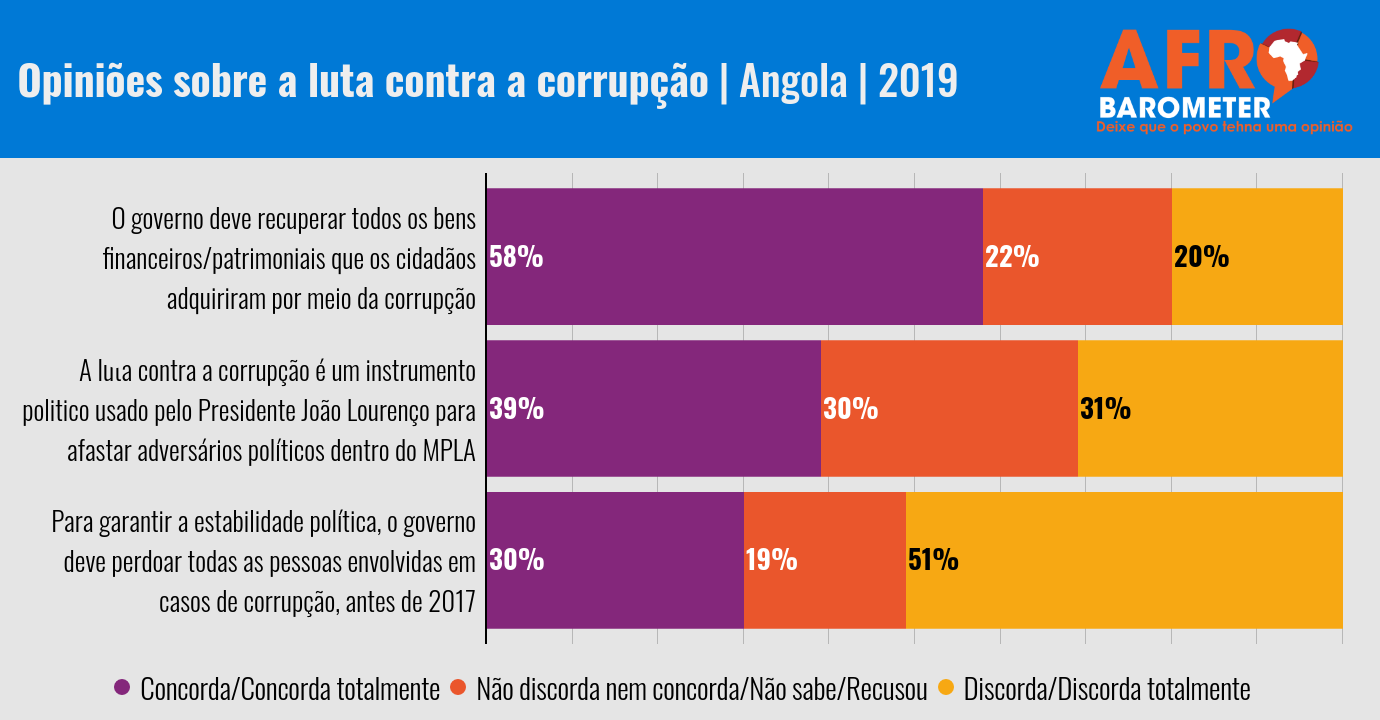 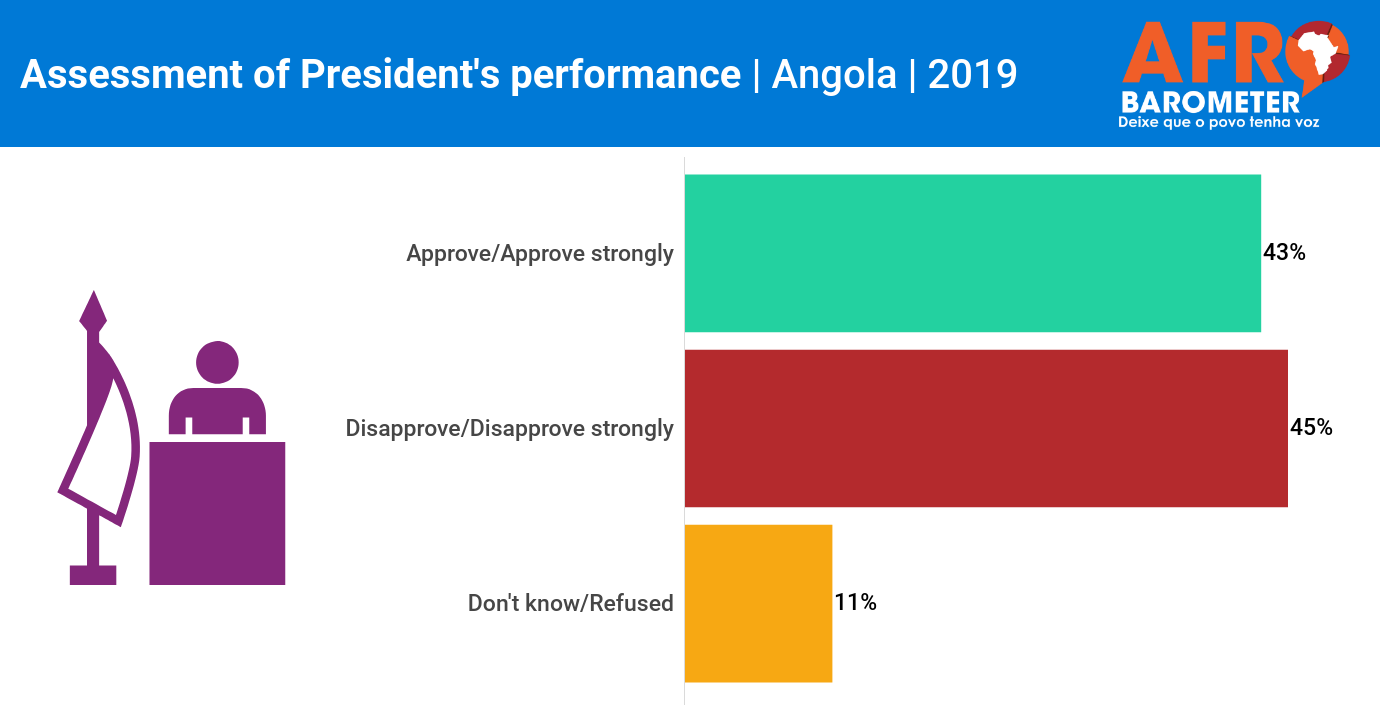