A majority of Kenyans say the country has made progress toward gender equality, but below-average support among men and lagging political engagement among women point toward remaining challenges, according to new Afrobarometer findings released on International Women’s Day.

Popular perceptions that girls and women have a fair chance at education and jobs, that gender violence is never justifiable, and that women should be accorded a fair shot at being elected are in line with perceived progress toward gender equality, the new survey data show.

But much work remains to be done among men, who trail significantly on most of these indicators. Moreover, key pillars of women's progress continue to require strengthening, including an equal chance to own and inherit land and women’s political engagement.

The findings are being released on International Women’s Day, during a period of tense political competition pitting female candidates against their male counterparts in August general elections. The release also comes at a time when the country is beginning to assess the effects of its new gender empowerment laws, including equal rights for men and women to inherit land and other property.

Working paper
WP103: Tribalism as a minimax-regret strategy: Evidence from voting in the 2007 Kenyan elections
2 Oct 2008 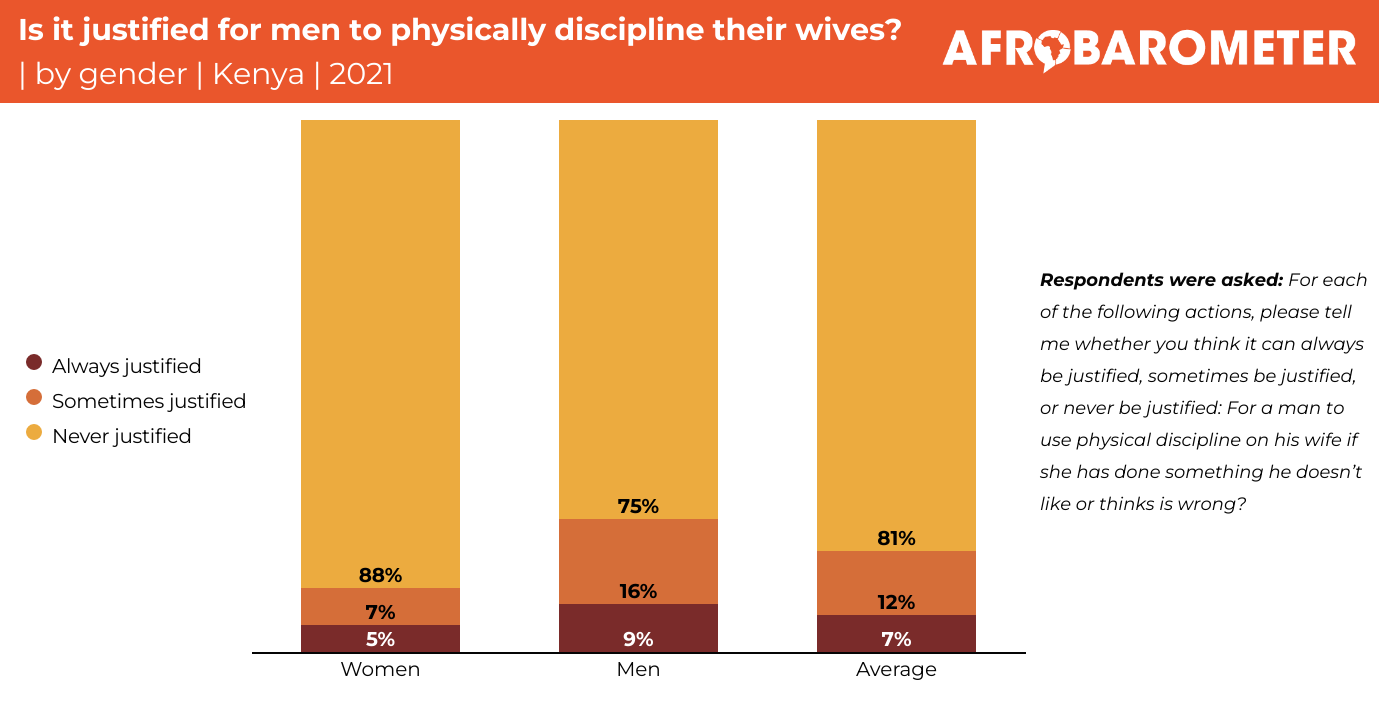 News release
Kenyans oppose the use of physical discipline against women, but see gender-based violence as a private matter
2 Aug 2022