More Kenyans are frequently going without basic necessities such as enough food and clean water, according to Afrobarometer survey findings.

At least half of all Kenyans reported going without enough food, enough clean water, and needed medical care at least once during the year preceding the survey. Compared to 2016, the proportion of Kenyans who experienced frequent shortages of basic necessities, or high levels of “lived poverty,” increased in 2019, while fewer citizens experienced no such deprivation.

The survey also found that poorer citizens were less likely than their better-off counterparts to have access to key service infrastructure and to be optimistic about economic conditions improving during the coming year. 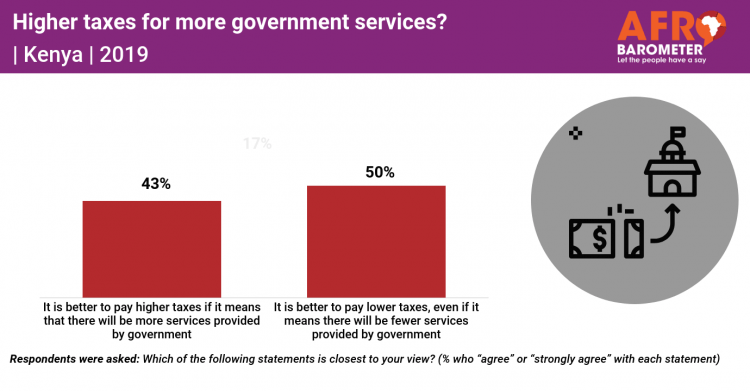 News release
Half of Kenyans prefer paying lower taxes even if it means there will be fewer government services, survey shows
9 Jul 2021