The survey, conducted in November 2019, shows that more than three-fourths (78%) of citizens say the Constitution should limit the president to a maximum of two terms. Term limits have had solid public backing since Afrobarometer began its national surveys in Côte d’Ivoire in 2013. The decision initially announced by President Alassane Ouattara not to seek a third term was thus in line with public opinion. 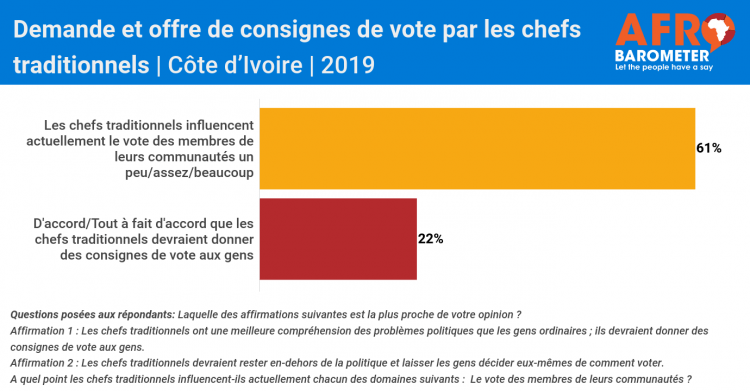