New findings from the 2015 Afrobarometer survey suggest there has been little change in South Africans’ unwelcoming attitudes toward foreigners. The Rainbow Nation remains divided: Four in 10 citizens (42%) say that “foreigners should not be allowed to live in South Africa because they take jobs and benefits away from South Africans,” whilst the same proportion disagree. However, half (51%) are in favour of immigration policies that prioritise skilled workers and foreign investors.
Further, about three in 10 citizens say they would dislike having a foreigner as a neighbour (32%), which makes the country one of the most intolerant (ranked 4th) among African countries surveyed by Afrobarometer.

Last year’s resurgence of attacks on foreigners in South Africa gave renewed urgency to long-standing questions about the security of foreign nationals and the government’s commitment to dealing effectively with immigration issues. These results confirm that immigration remains a challenge for government and society if South Africa wants to preserve its status as the Rainbow Nation. 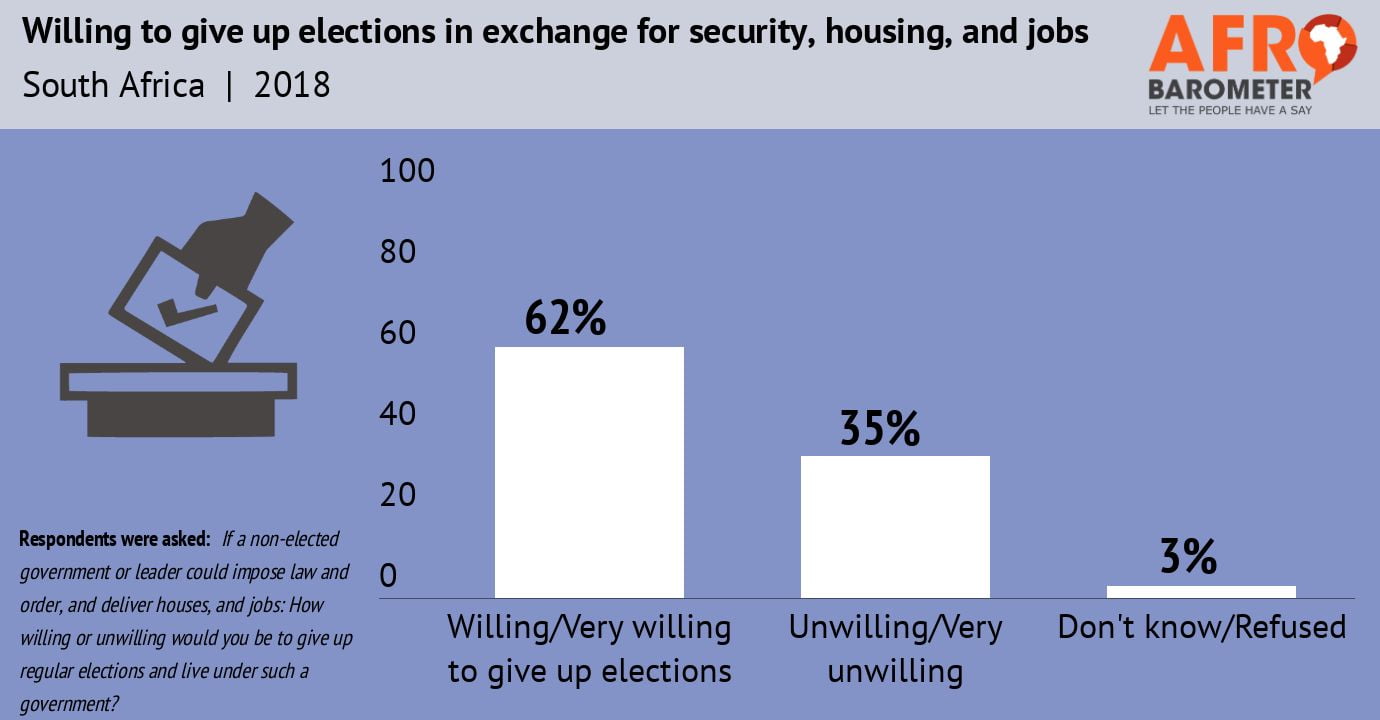 Media resource
Attitudes towards parties, elections and the IEC in South Africa
30 Oct 2018 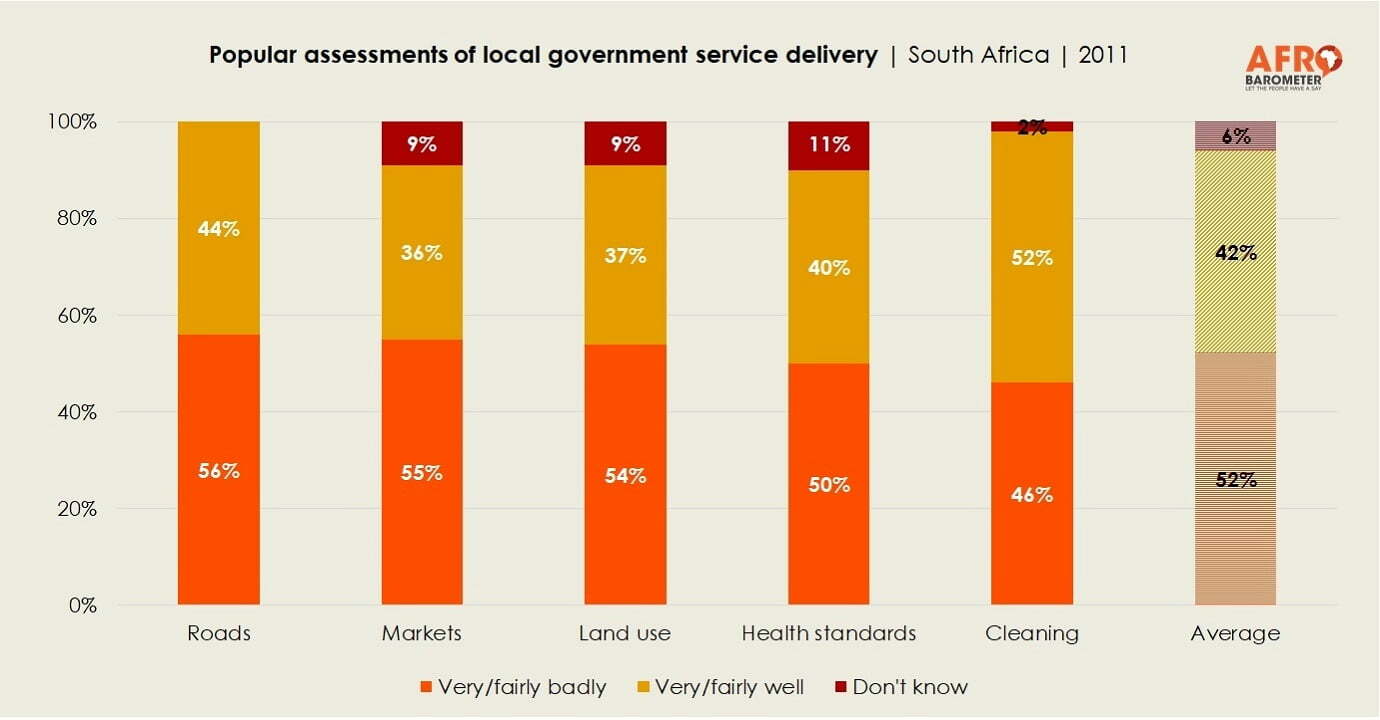