Truth, Reconciliation and Reparations Commission (TRRC): Fewer than half (46%) of Gambians say they trust the TRRC “a lot” or “somewhat.” Seven in 10 (68%) say perpetrators of crimes and human-rights abuses during President Yahya Jammeh’s regime should be tried in court, irrespective of the work of the TRRC.

Time for ECOMIG to leave?: Gambians are split on whether the ECOWAS Military Intervention in the Gambia (ECOMIG) should leave and let Gambians take charge of security matters in the country.

Emigration: Eight in 10 (83%) Gambians say irregular migration has decreased over the past year; almost half (44%) say internal rural-to-urban migration has increased. 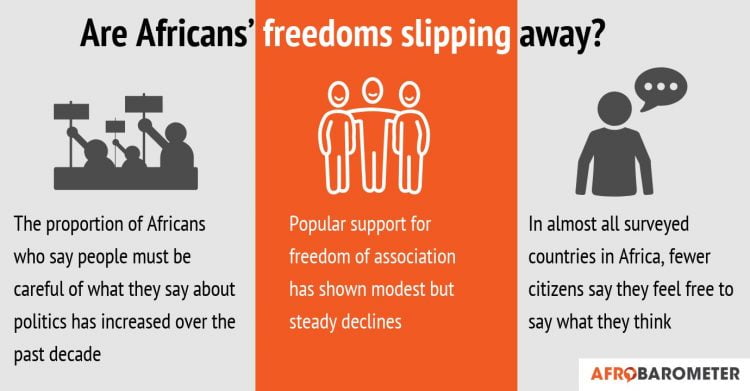 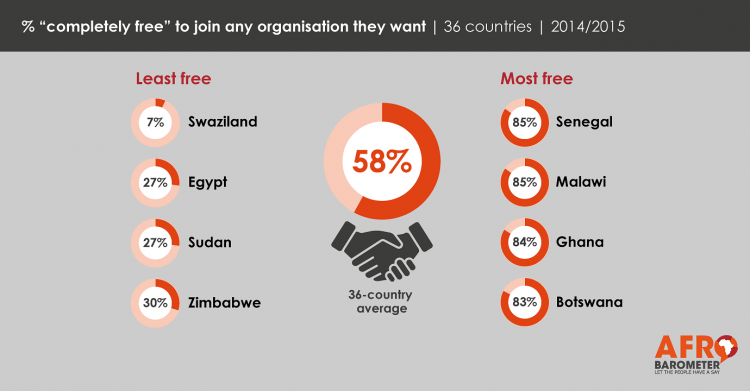 Dispatch
AD128: After 50 years, freedom of association is firmly established, though far from absolute, in Africa
16 Dec 2016