A growing number of Gambians want perpetrators of crimes and human-rights abuses during former President Yahya Jammeh’s administration to be tried in court, the latest Afrobarometer study shows.

Over the past three years, the proportion of citizens in favour of seeking Jammeh’s extradition has also increased significantly. However, opinions are divided on the government’s decision to sell Jammeh’s properties and on whether he should be allowed to return to the country.

The Gambia’s Truth, Reconciliation and Reparations Commission (TRRC) was established by Parliament in December 2017 as part of a broad transitional-justice mechanism to address human-rights abuses under Jammeh’s regime and prevent their recurrence. After two years of televised public hearings, the commission is expected to submit its final report to President Adama Barrow in September 2021. Although widely credited with highlighting past human-rights abuses, the commission has also been engulfed in controversies, including accusations of conducting a witch-hunt against Jammeh. 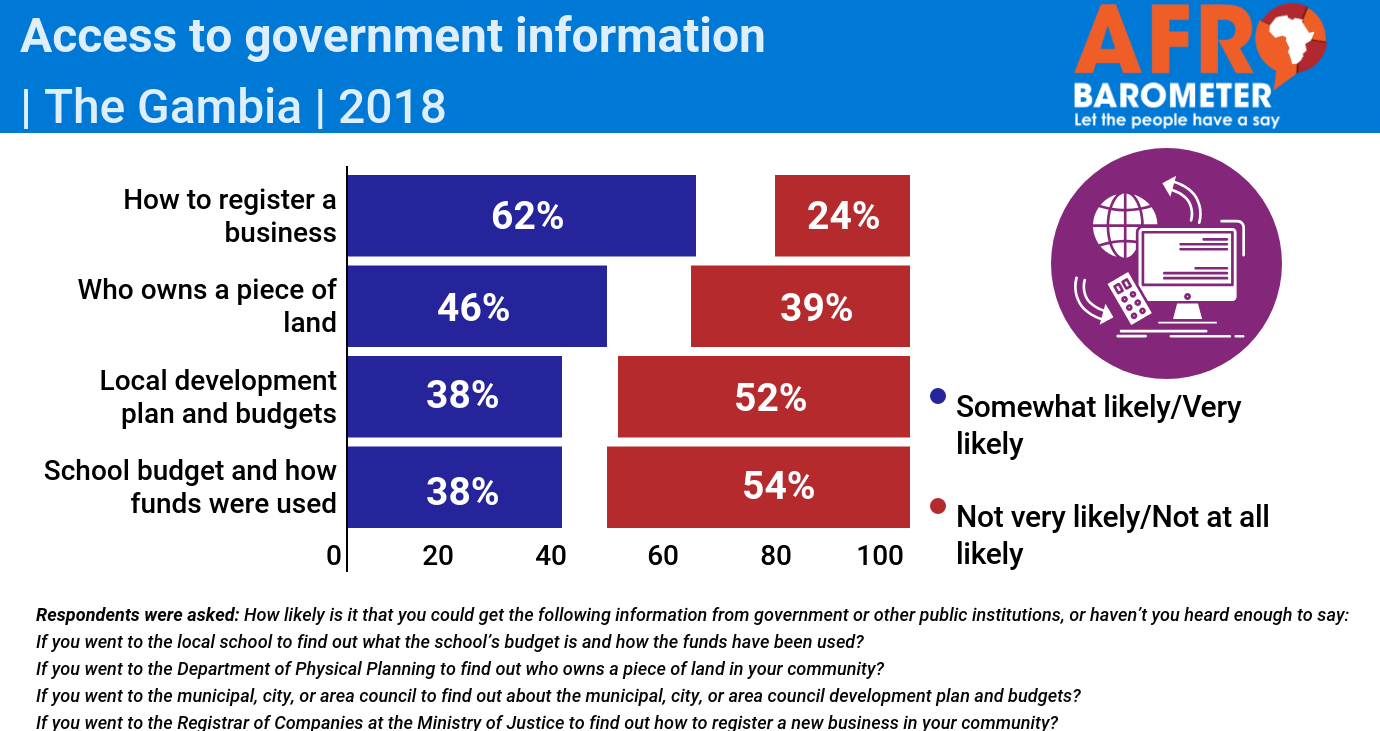 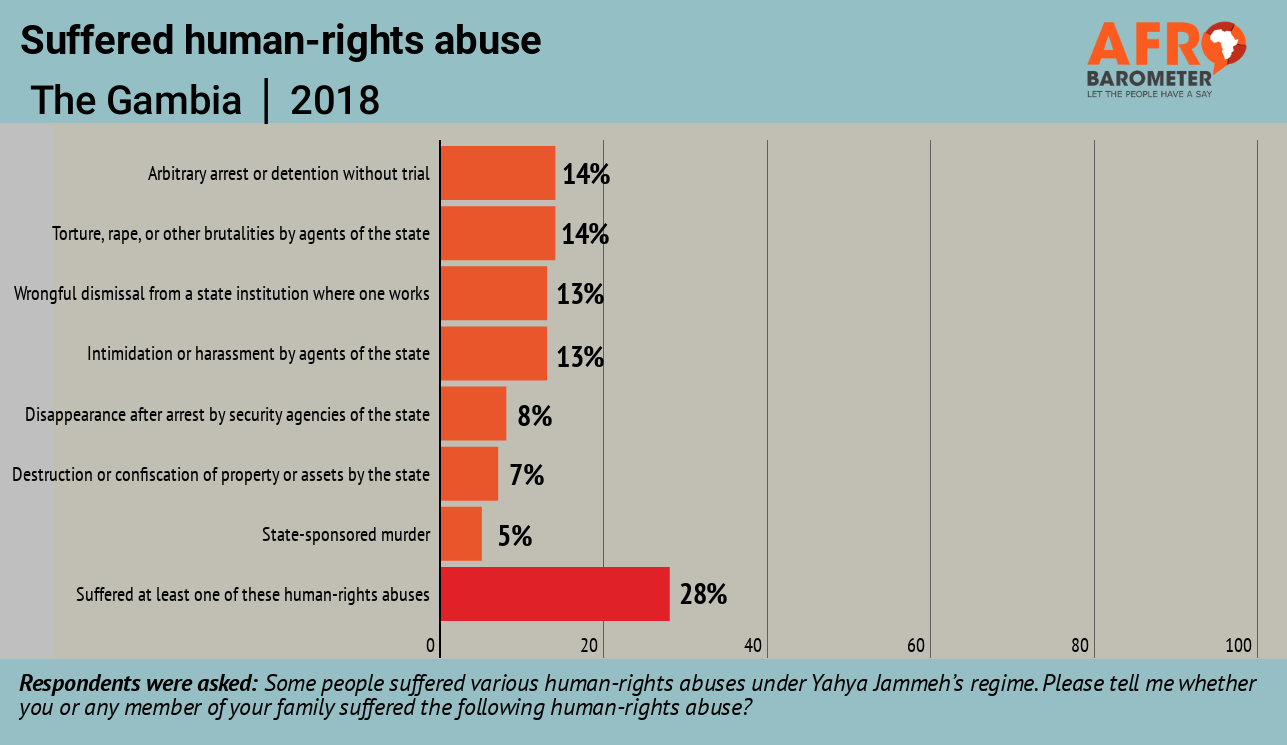 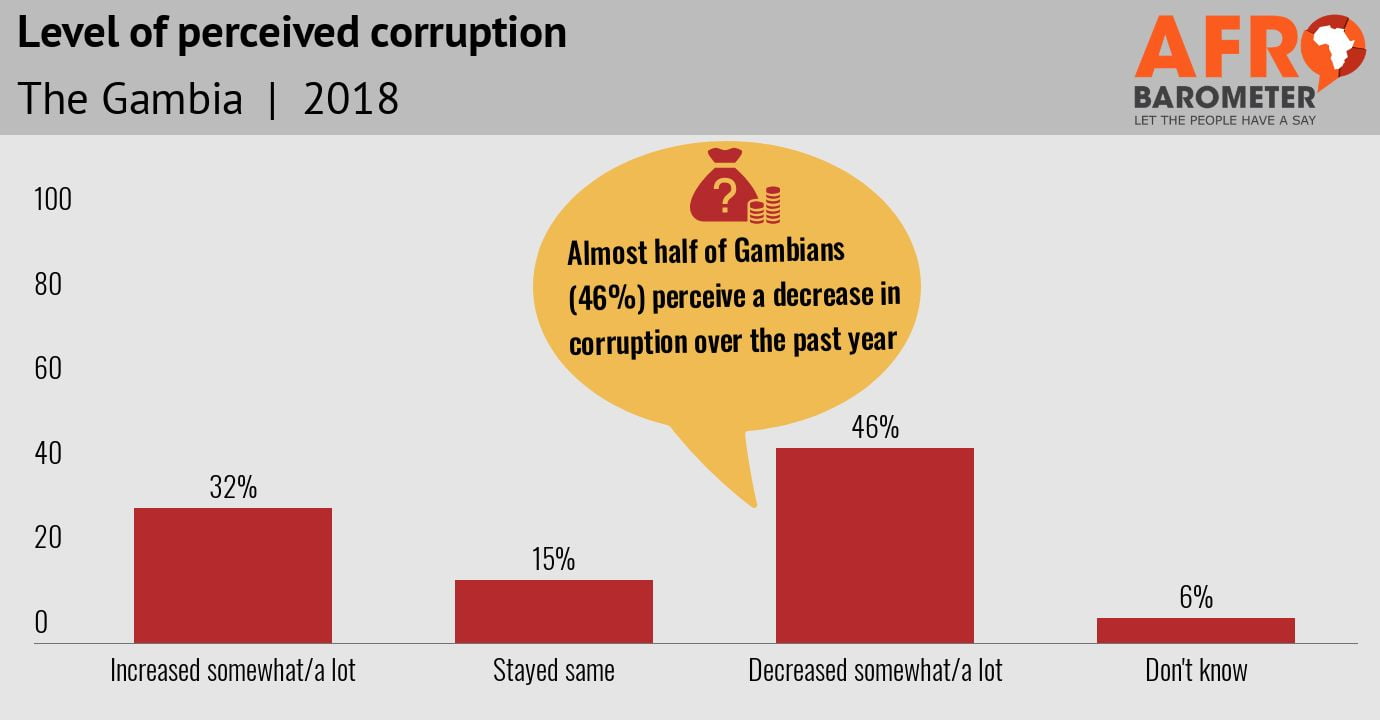