Fear of electoral violence and of openly expressing their views declined but were still at above-average levels as Zimbabwe approached its July 30 presidential election, a new survey shows.

Findings of the nationally representative survey conducted between 25 June and 6 July 2018 by the Mass Public Opinion Institute (MPOI) also show that a growing majority approved of the government’s performance in preventing electoral violence.

Compared to results of a pre-election baseline survey conducted in April/May, the latest survey found fewer Zimbabweans who thought, mistakenly, that voters will be required to show a biometric voter registration (BVR) slip at the polling station, as well as fewer who had been asked to show their BVR numbers during the campaign.

Other findings from the new survey, including a significant drop in President Emmerson Mnangagwa’s lead over challenger Nelson Chamisa, are detailed in Afrobarometer Dispatch No. 223. 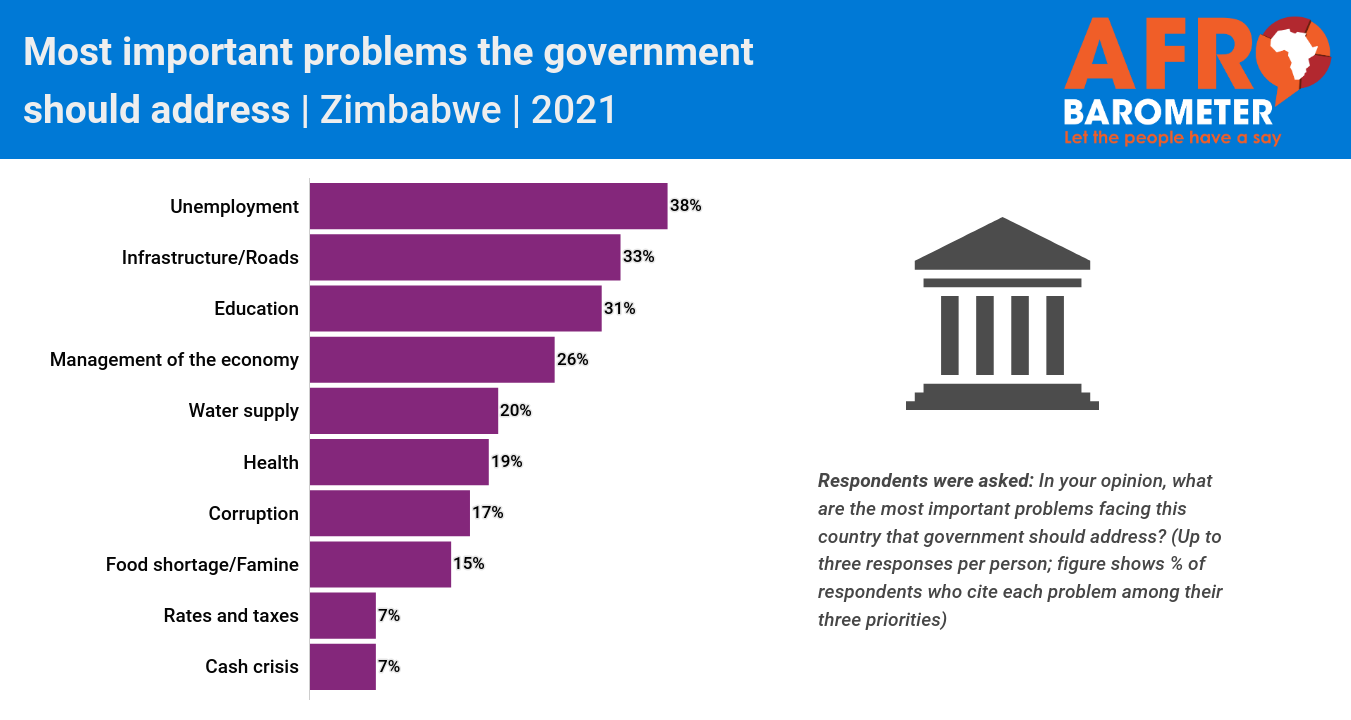