While crime and insecurity remain a leading concern, most Mauritians feel safe in their neighbourhoods and homes, according to a new Afrobarometer survey.

Very few Mauritians report having been victims of theft or physical violence, and the proportion of survey respondents who identified crime and insecurity as the nation’s most important problem has declined, the 2014 survey findings show. 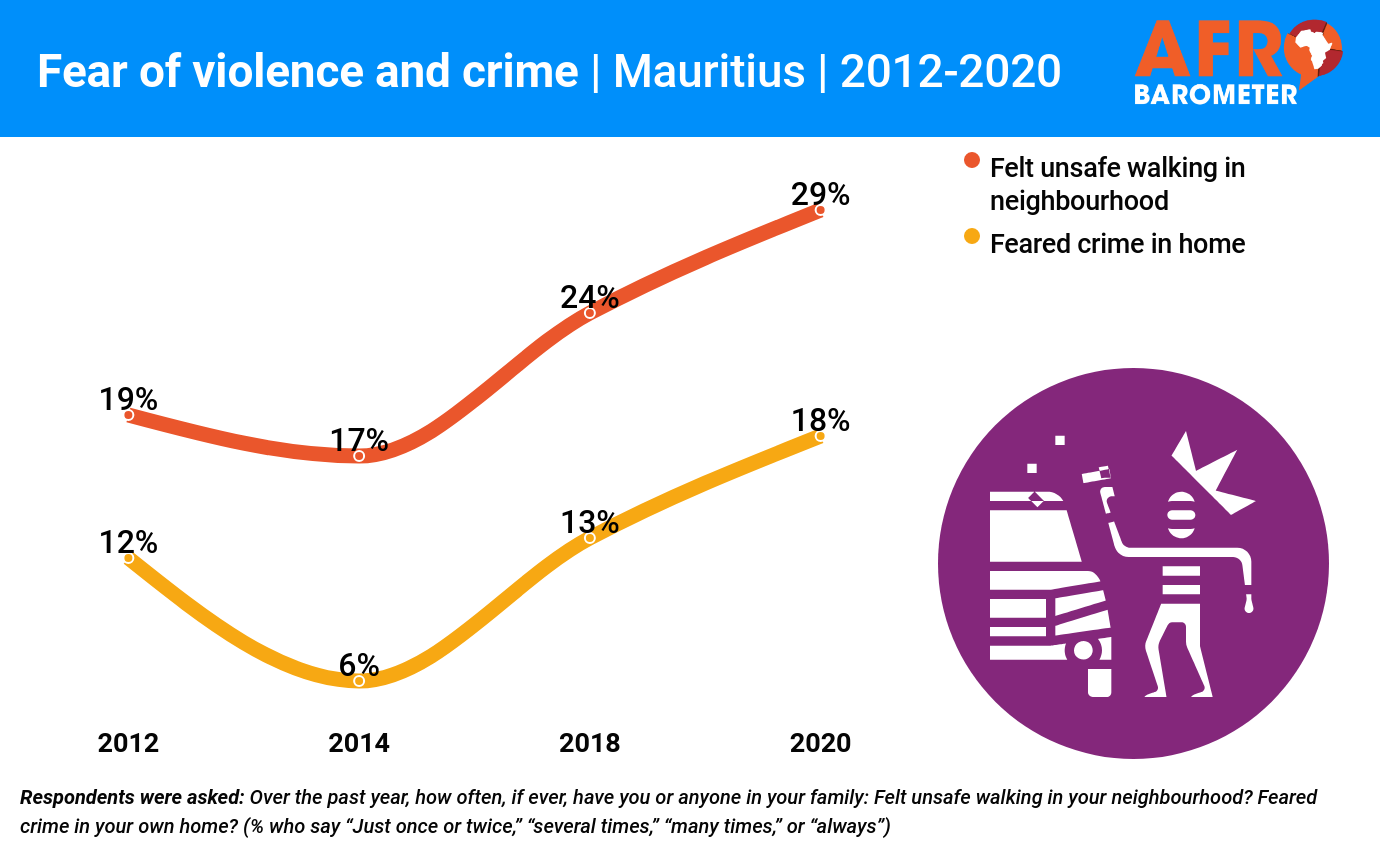