Image credit: Youth at a political rally in Sierra Leone by Travis Lupick via Flickr.

The unremitting flow of Africans, especially youth, from their countries of origin to other parts of the world in search of better opportunities has assumed crisis proportions. This quest for the proverbial “greener pastures” in other countries highlights the persistent failure of African countries to provide their citizens with the basic necessities of life and an enabling environment for them to fully explore their potential.

Unemployment is the most important problem Africans want their governments to resolve, according to findings from Afrobarometer Round 6 surveys conducted in 36 African countries in 2014/2015 (see Figure 1). Next in priority are health and education.

Data from seven African countries (Zimbabwe, Benin, Malawi, Mali, Kenya, Uganda, and Côte d’Ivoire) in which Afrobarometer Round 7 surveys have been conducted also reveal that a majority of respondents who have considered emigrating are motivated by the desire for jobs and favourable economic conditions, especially in Europe and North America (Figure 2).

A clear implication of these findings from Afrobarometer surveys is that a focus on investment in job-producing economic growth, health, and education are crucial to stem the tide of emigration from Africa.

Note: This post is based on Prof Gyimah-Boadi’s remarks at a town hall meeting organized at the University of Ghana on 12 December 2017 under the auspices of German President Frank-Walter Steinmeier. The meeting focused on ways in which Germany can collaborate to ensure economic and political stability in Ghana and across the region, and included the signing of a memorandum of understanding (MoU) between the University of Ghana and the German Ministry of Education, through Freiburg University, for the establishment of the Merian International Centre for Advanced Studies (MICAS) in Africa. Respondents were asked: In your opinion, what are the most important problems facing this country that government should address? (Note: Respondents could give up to three responses. Figure shows % of respondents who cite each problem among their top three.) Excluding those who said they had “not at all” considered emigration, respondents were asked: There are several reasons why people leave their home to live in another country for an extended period of time. What about you? What is the most important reason why you would consider moving from [your country]?

By Prof. E. Gyimah-Boadi, executive director of Afrobarometer and the Center for Democratic Development (CDD-Ghana). 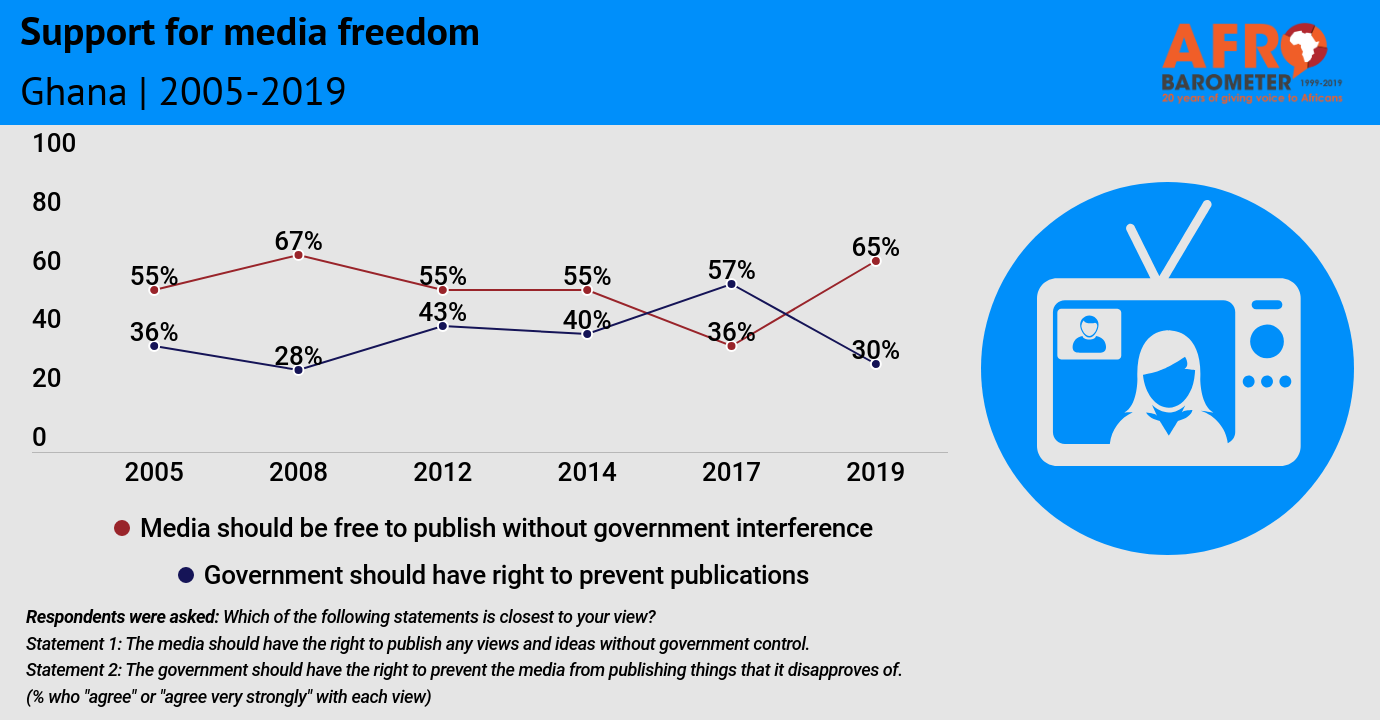