Ugandans’ assessments of the country’s economy and their personal living conditions worsened during the COVID-19 pandemic, wiping out gains between 2017 and 2019, according to the most recent Afrobarometer survey in Uganda.

Poor and older citizens, rural residents, and those living in the Northern and Eastern regions were more affected than their counterparts.

More than half of citizens said the pandemic caused a household member to lose a job, a business, or a primary source of income. Overall, a majority of Ugandans gave their government poor marks on improving the living standards of the poor and job creation, and most saw its economic policies as harmful rather than beneficial. 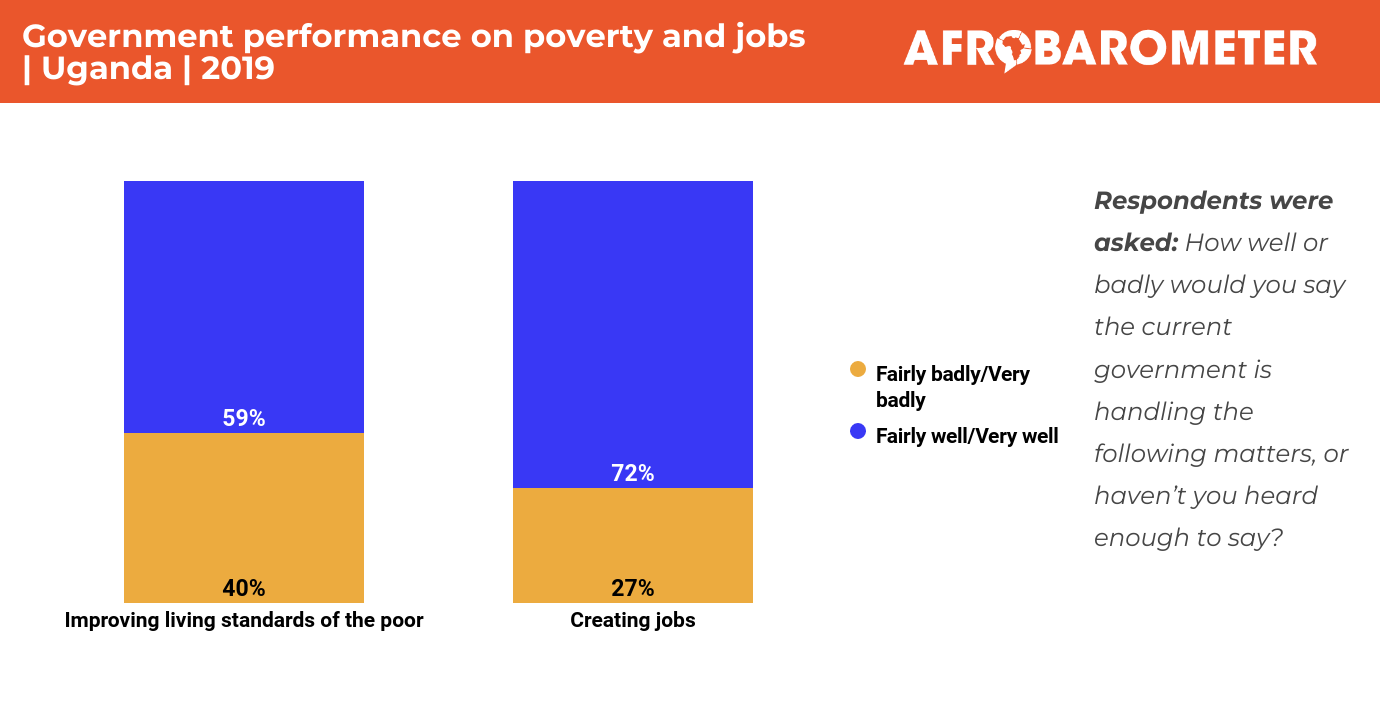