About three-quarters of Basotho say floods have become more severe over the past decade, while almost half say the same about droughts, according to the latest Afrobarometer survey.

However, about two-thirds of citizens are unaware of the concept of climate change. Of those who are aware of climate change, most say it is making life in the country worse, and they expect much more action from the government to limit its effects, even if it is costly, causes job losses, or takes a toll on the economy. 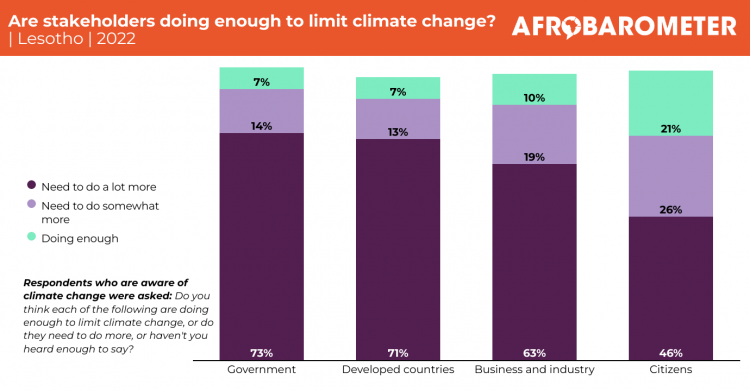 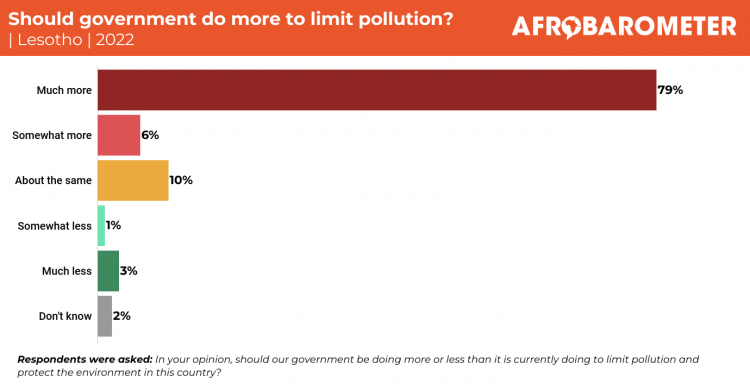