Lesotho’s ruling coalition parties and Parliament have suffered sharp declines in popular trust along with the country’s former prime minister, according to the latest Afrobarometer survey.

Perceptions of official corruption have skyrocketed, and an overwhelming majority of citizens said they distrust and/or disapprove of the performance of the ruling All Basotho Convention (ABC) party and Parliament as well as of former Prime Minister Thomas Thabane.

These negative evaluations came in February-March 2020, before Thabane’s resignation in May and just two and a half years after the ABC won 35 constituencies out of 80 in the 2017 election to become the leading party in the coalition government. Asked how they would vote in a hypothetical election, only one in 10 Basotho said they would vote for the ABC. 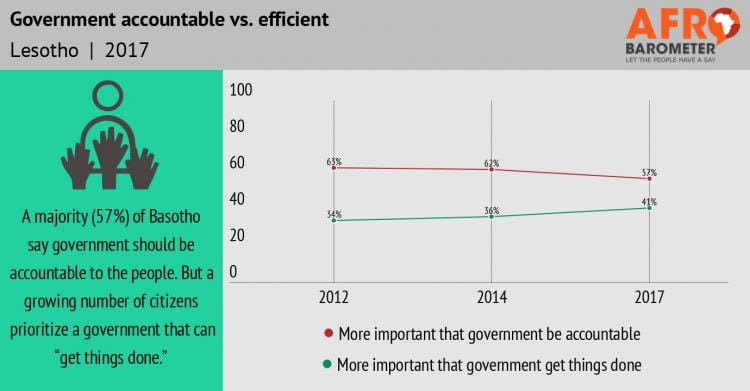