Gildfred Asiamah is a research analyst at the Ghana Center for Democratic Development (CDD-Ghana). Find him on Twitter at asiamahboateng1.

Originally published on the Monkey Cage blog, where our biweekly Afrobarometer Friday series explores Africans’ views on democracy, governance, quality of life, and other critical topics.

Young Africans have been leading voices in protests that produced change, from Sudan’s overthrow of Omar al-Bashir to Nigeria’s #EndSARS fight against police abuses.

They are far less visible in bread-and-butter politics and pro-youth policy making. A case in point: Young Tunisians sparked the democratic Jasmine Revolution — the opening of the Arab Spring a decade ago — but now continue to struggle with high joblessness and poverty.

About 60% of Africa’s population is under the age of 25, numbers that highlight the opportunities and challenges that analysts alternately describe as a “demographic dividend” and a “time bomb.” Youth unemployment rates are double those of adults in most African countries, and 60% of Africa’s unemployed are young people.

New data from Afrobarometer surveys call attention to challenges that Africa’s youth face to become secure and productive citizens. They’re better educated than their elders but face huge gaps in paid employment, making job creation the most critical issue on the youth agenda. And young Africans don’t feel they are getting the support they need from their governments — and their elders agree. But young Africans could also do more to make their own voices heard.

Afrobarometer surveyed 18 African countries in 2019 and early 2020 and found that, like their elders, the continent’s youth (this cohort includes those up to age 35, in accordance with the African Union’s definition) are generally dissatisfied with the direction in which their country is going (64% say it is “the wrong direction”) and rank unemployment as the most important problem their government needs to address.

Young Africans are far more likely than their elders to have at least some secondary school education (60%, compared to 43% of 36- to 55-year-olds and 28% of those above age 55). But they are also considerably more likely to be out of work and looking for a job (34% of youth vs. 22% and 15% of the middle and senior age brackets. Youth unemployment rates reach as high as 49% in Botswana and 57% in Lesotho.

Governments fail to meet the needs of Africa’s youth

Young and old alike say African governments are failing their youth. Only one in four citizens (27% across all age groups) see their government as doing a “fairly” or “very” good job of meeting the needs of the youth (see Figure 1). Respondents were asked: How well or badly would you say the current government is handling the following matters, or haven’t you heard enough to say: Handling the needs of young people? (% who say “fairly well” or “very well”)

Even fewer (21%) praise their government’s efforts on their top priority — job creation. None of the 18 surveyed countries records majority approval of the government’s performance on the job front (see Figure 2). Ratings improve when it comes to education: Not quite half (46%) of respondents say their government is doing “fairly well” or “very well” on the issue.

On average across 18 countries, young and older respondents offer almost identical assessments of the government’s performance on youth-related issues. Respondents were asked: How well or badly would you say the current government is handling the following matters, or haven’t you heard enough to say: Handling educational needs? Handling job creation? (% who say “fairly well” or “very well”)

A solid majority (57%) of all Africans say they would be willing to pay higher taxes to support programs to help young people. This is the majority position among all age groups (including 59% of youth) and in all surveyed countries except Botswana, Uganda and Angola (see Figure 3).

Across these 18 countries, 51% of survey respondents cite job creation as a top priority for investment if their government was able to increase spending to help young people. Education ranks a distant second (17%), followed by other work-related programs — job training and business loans (12% each). Only about one in 20 respondents (6%) identify social services for youth as a top priority. Young Africans see eye to eye with their elders on these priorities. Respondents were asked: If the government decided to make people pay more taxes in order to support programs to help young people, would you support this decision or oppose it? (% who say “somewhat support” or “strongly support”)

Do Africa’s youth have a voice?

Despite concerns about the unmet needs of youth, a majority of Africans consider the ideas of young people secondary to the wisdom of the elders. Almost 6 in 10 respondents (58%) say that in order for their country to do well, “we should listen more to the wisdom of our elders,” while only 37% instead prioritize listening more “to fresh ideas from young people.” Young respondents are somewhat more likely than their elders to favor listening to youth, yet still solidly value “wisdom” over “fresh ideas” (56% vs. 40%). One striking exception is Tunisia, where 70% of citizens say young people’s ideas should get more attention.

But do Africa’s youth claim a voice for themselves? Like youth elsewhere in the world, youth in Africa participate less in civic and political action, including voting. Youth are about twice as likely (34%) to have skipped voting in their last national election as middle-aged (19%) and older (14%) citizens (see Figure 4). The no-vote gap between youth and seniors is 30 percentage points or more in Botswana, Lesotho, Côte d'Ivoire and Gabon.

African youth are also less likely to report attending a community meeting, joining others to raise an issue, contacting a political or traditional leader, and identifying with a political party. The exception to lower youth participation, as might be expected, is protest: Nearly one in five youth (18%) say they participated in a protest during the past year, about 50% higher than the rate among those aged 56 or older (13%). In sum, young Africans demanding greater investment in job creation and other pro-youth policies have the backing of their elders, but they also have opportunities for a more powerful voice of their own in a competitive policy and resource environment. Besides voting in greater numbers, these could include moving beyond elections and episodic protest to pursue more sustained engagement in advocacy, making use of new tools such as digital activism that can engage youth, and even running for office to ensure that their views are consistently represented in the policy debates that affect them the most. 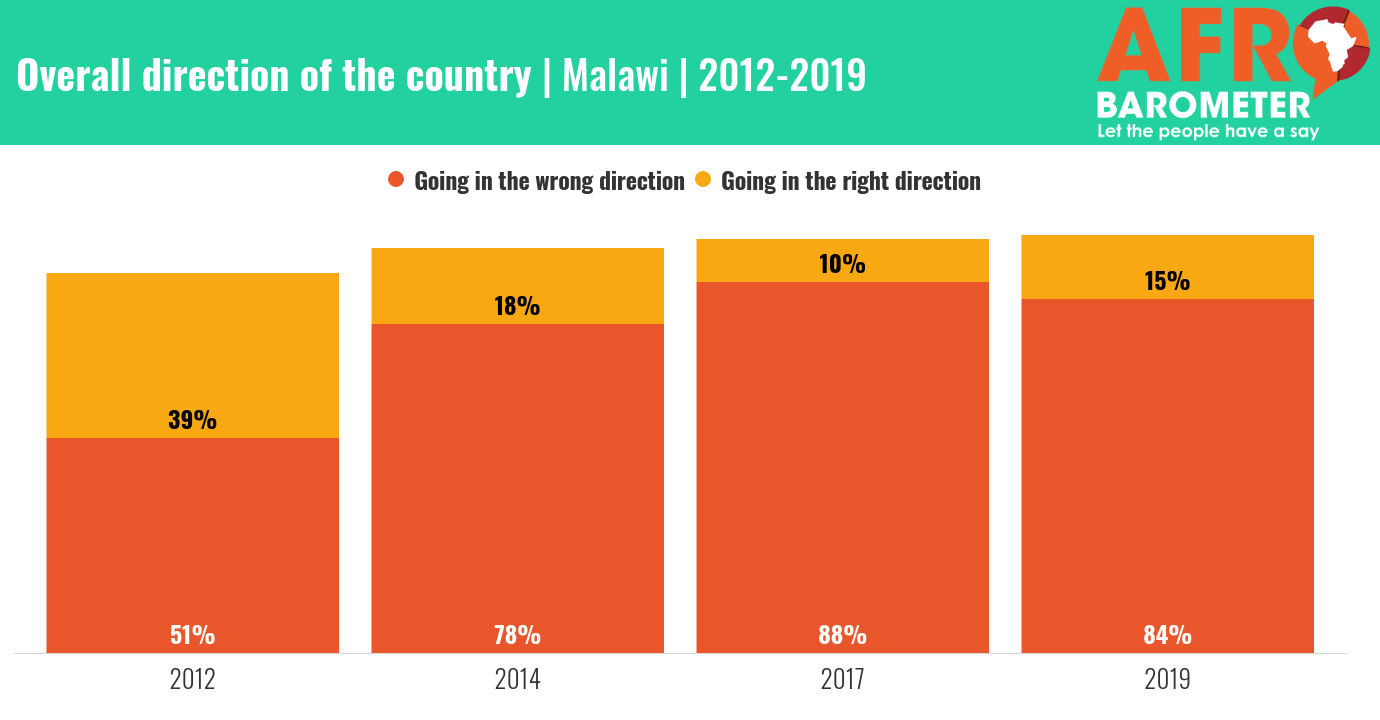