Angolans are evenly divided in their assessment of President João Lourenço's performance in office, the most recent Afrobarometer survey shows. While detractors match admirers when it comes to his job performance, a majority of citizens say that Lourenço, who became president in September 2017 after the 38-year rule of José Eduardo dos Santos, rarely or never ignores the National Assembly or the country’s laws. A majority of Angolans also endorse the rule of law, saying that the president “must always obey the laws and the courts, even if he thinks they are wrong.” 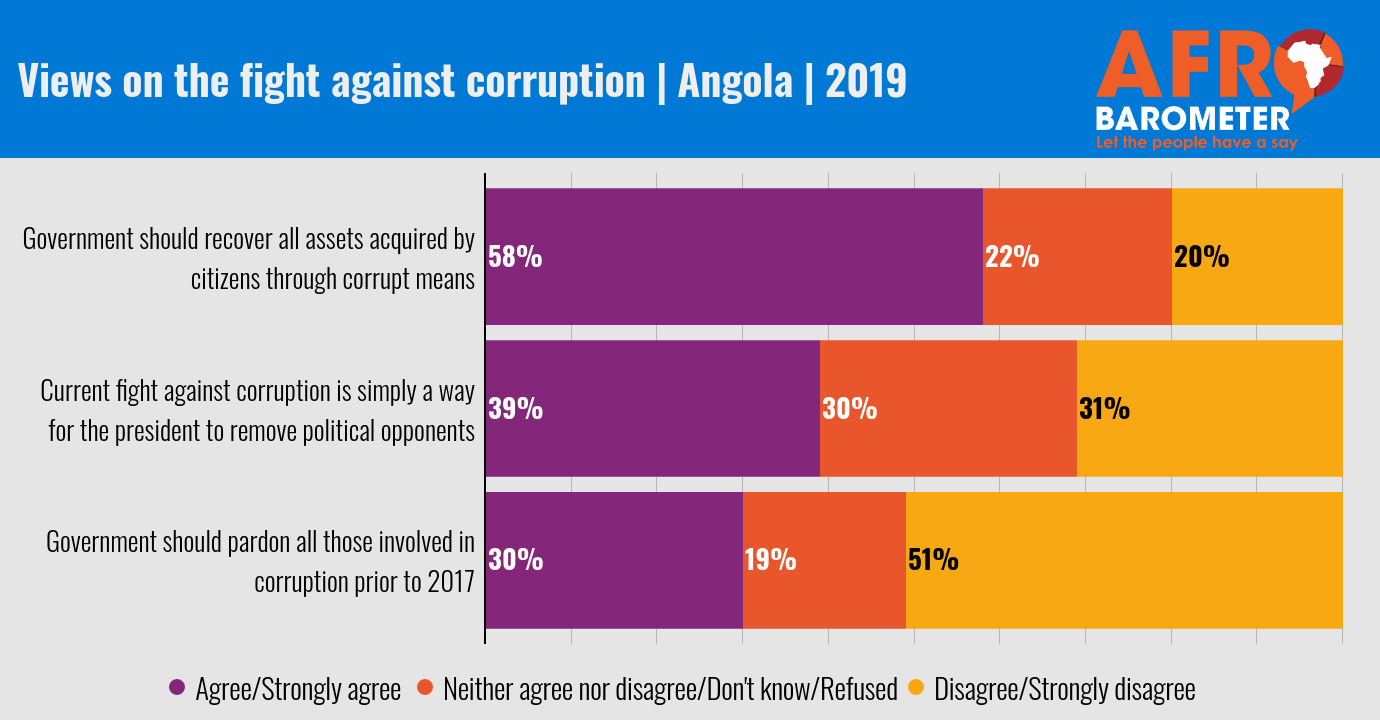 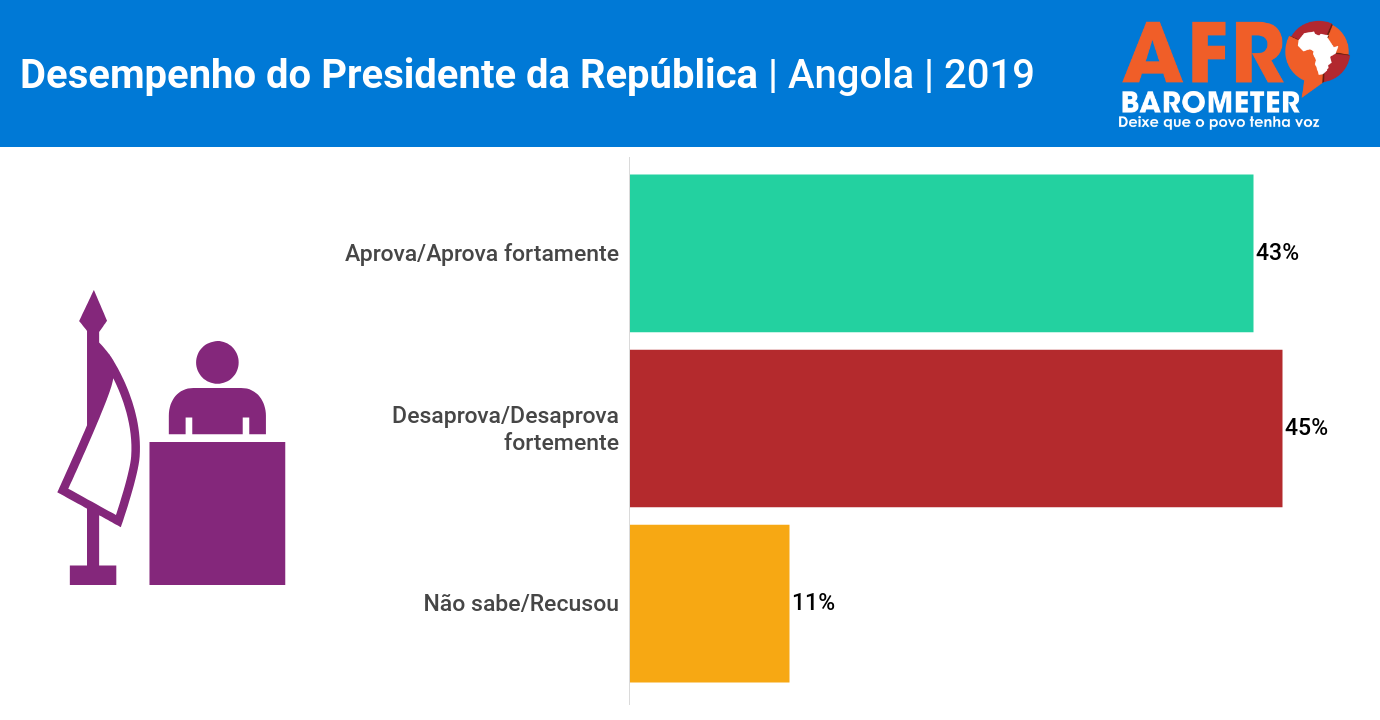