Andrew Lavali, executive director of Afrobarometer’s national partner in Sierra Leone, has received the country’s Order of the Rokel presidential award in recognition of his work in “bringing high-quality citizen-driven evidence into national decision making.”

The award, announced in conjunction with Independence Day celebrations, is Sierra Leone’s most citizens who have distinguished themselves in public service, arts, sciences, and philanthropy.

The presidential citation highlights Lavali’s “innovative and non-combative state-citizen engagement model” for jointly addressing the country’s challenges. Lavali, who heads the Institute for Governance Reform (IGR) and serves as co-principal investigator for Afrobarometer surveys in Sierra Leone, has worked “tirelessly” to improve “citizens’ monitoring of public sector performance, which has helped Sierra Leone to push democratic accountability beyond the ballot box,” the citation says.

Among Lavali’s accomplishments, the award cites his role in establishing the Parliamentary Service Commission and working with political parties and 720 civic groups to create a 2018 “Citizens’ Manifesto for Sierra Leone,” a non-partisan document that facilitates the incorporation of ordinary citizens’ priorities and expectations in the platforms of political parties. In March 2021, Lavali led the installation of a dashboard in Parliament “to bring real-time citizen-driven data to their representatives.”

As part of the Afrobarometer network, Lavali and his IGR colleagues led Afrobarometer’s national survey last year on Sierra Leoneans’ experiences and evaluations of democracy, governance, and quality of life. 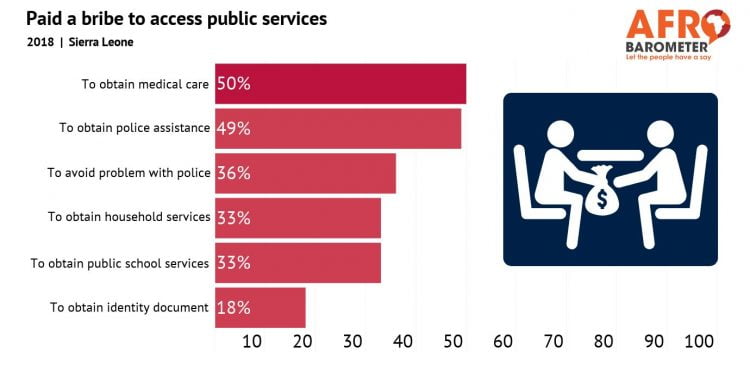 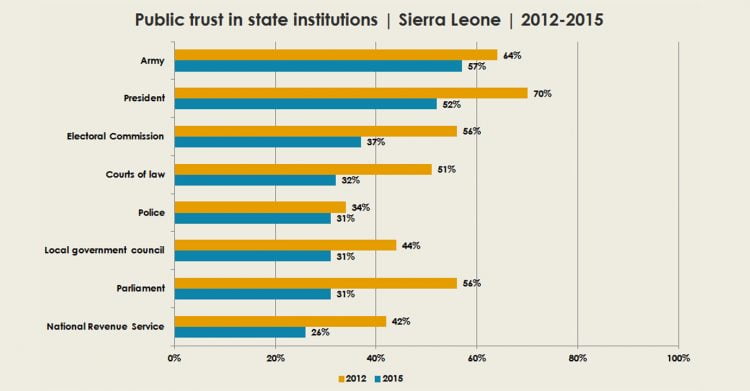