In one of Africa’s most democratic countries, South African President Cyril Ramaphosa recently used his weekly newsletter to praise unelected traditional leaders, who “support and drive development in their communities” and help address critical issues facing the country, including economic recovery from the COVID-19 pandemic.

The role traditional leaders would play in modern Africa was not always clear. As the democratic openings of the early 1990s replaced autocratic rulers with elected governments across much of Africa, so-called “modernists” argued there was no longer a place for traditional leaders. Amid concern that chiefs — almost always male and unelected — would undermine democracy and perpetuate discrimination, especially against women and youth, opponents either expected the institution to wither away or openly called for it to be restricted or abolished.

But in line with Ramaphosa’s words, new survey findings from Afrobarometer show that traditional leaders are not just surviving but thriving across the continent.

Chiefs find support not only among elderly, rural men, but also among women, urbanites, youth, and the most educated. Majorities in all groups see chiefs playing an important role in governing their communities and resolving conflicts, and even want their influence to expand.

But alongside this support, the public sends another clear message to traditional leaders: Stay out of politics. Africans want their chiefs to work with elected leaders to bring development to their communities — but they don’t want their chiefs telling them how to vote.

Whom do you trust?

Across 22 countries surveyed between late 2019 and early 2021, Africans consistently express greater trust in traditional chiefs than in elected leaders, often by wide margins. Nearly two-thirds (64%) trust traditional leaders “somewhat” or “a lot,” compared to 49% for presidents, 43% for local councillors, and just 39% for members of parliament (see Figure 1).

Trust is not uniformly high everywhere, but majorities consider chiefs trustworthy in all but three countries. And while rural, elderly and uneducated respondents express the highest levels of trust, majorities in every demographic group agree. Women, who only occasionally occupy offices of traditional leadership, trust traditional leaders at essentially the same levels as men. Percentage of survey respondents who say they trust these leaders “somewhat” or “a lot.”

What do people trust chiefs to do? Resolving community disputes is their most important role: 71% of respondents say traditional leaders have “some” or “a lot” of influence in keeping the peace (see Figure 2). More than 6 in 10 (61%) say they play a significant role in governing their local communities, and 54% note their importance in allocating land, the most critical resource in areas that are still predominantly agrarian.

People see their chiefs as effectively taking on this role in collaboration with elected leaders (69%), as opposed to competing with them for resources or power. Hands off my vote

Equally significant is what people say their chiefs don’t do: influence their votes. Some critics argue that chiefs threaten democracy because they act as “vote brokers,” delivering the votes of their community members to the party or politician of their choice, thus divorcing the people from their elected representatives and interfering with accountability.

But only 19% say chiefs have “a lot” of influence on votes, while almost twice as many (35%) say they have none. This is consistent with findings elsewhere that while chiefs may put on a show of meeting candidates and making endorsements, people know their own votes are secret, and cast them as they choose.

Given that elections are a core feature of democracy and traditional authorities are usually unelected, does the important role of chiefs in community governance stand at odds with democracy, perhaps even posing a threat to it? Or can traditional leaders work together with elected leaders to make democracy function better, as some analyses have suggested?

Nearly half (49%) of respondents believe that chiefs strengthen democracy, and another 33% see no impact either way (Figure 3). A mere 12% think they weaken democracy, a proportion that never rises above 21% in any of the surveyed countries. As it turns out, Africans — who also strongly favor democracy as their preferred system of government —- are completely comfortable with the co-existence of traditional/unelected institutions and democratic/electoral ones. Given these assessments of their role and impact, are Africa’s traditional leaders here to stay? The answer is clearly yes. In fact, when Afrobarometer asked whether the influence of traditional leaders should increase, stay the same or decrease, a solid majority (56%) opt for more traditional leadership. In Mali and Ethiopia, four out of five respondents feel that way (see Figure 4). Overall, another 28% of Africans see no need for change, while just 1 in 10 (11%) think their role in governing their communities should be reduced.

Does this mean there are no problems with the chieftaincy, and no need for change? Clearly not. Debates about the role of chiefs continue in many places. Examples of corruption and discrimination are not hard to find, and although chiefs outperform elected leaders when it comes to responsiveness, more than half (52%) of citizens say traditional leaders don’t listen well to ordinary people.

But while their authority may have its roots in community customs and traditions, these institutions aren’t stagnant, and they can even become forces for progressive change, as in advocating education for girls, combating child marriage or promoting public health measures in the face of a pandemic. Given their ability to understand and connect with their communities, their potentially positive role in tackling critical challenges should not be undervalued. Percentage of respondents who say the influence of traditional leaders in governing their local communities should increase, stay the same or decrease.

Carolyn Logan is director of analysis for Afrobarometer and associate professor in the Department of Political Science at Michigan State University. Find her on Twitter @carolynjlogan.

Luyando Mutale Katenda is a student in the Masters of Public Policy program at Michigan State University. Find him on Twitter @luyandomutale 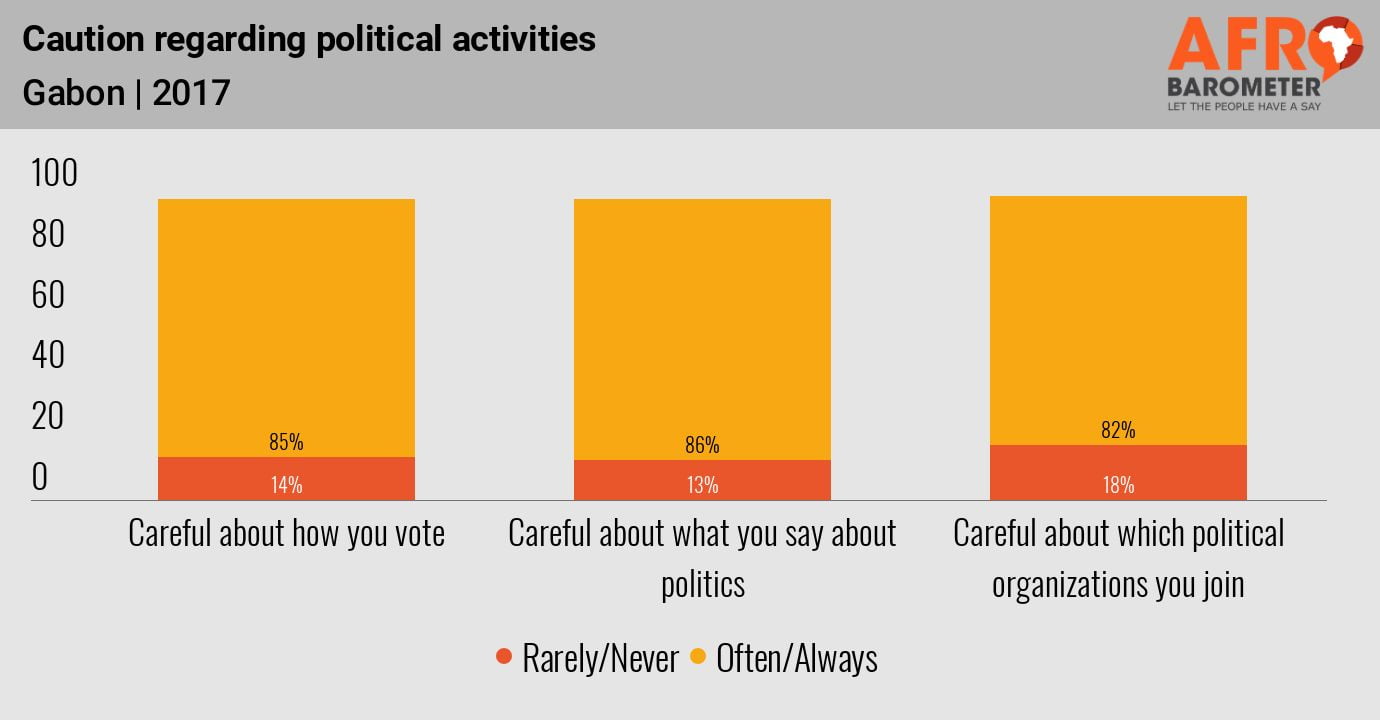