Fewer than half of Angolans say they feel free to say what they think, according to Afrobarometer’s first survey in the country.

While a majority of citizens report feeling at least “somewhat free” to join political organizations and vote for the candidate of their choice, more than half also say people must be cautious when they talk about politics.

Freedom House rates Angola as “not free” and notes that self-censorship persists despite an easing of restrictions on the media and civil society since President João Lourenço came to power in 2017 following José Eduardo dos Santos’ 38-year rule. 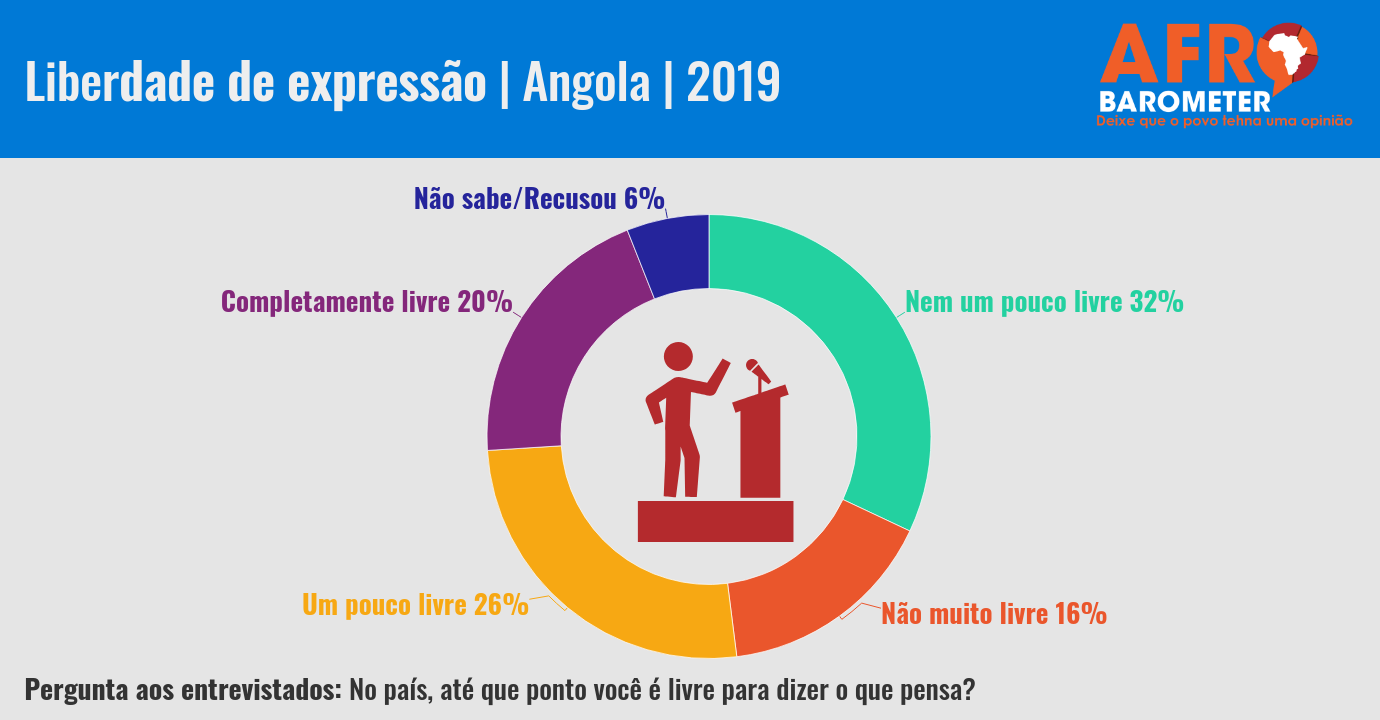 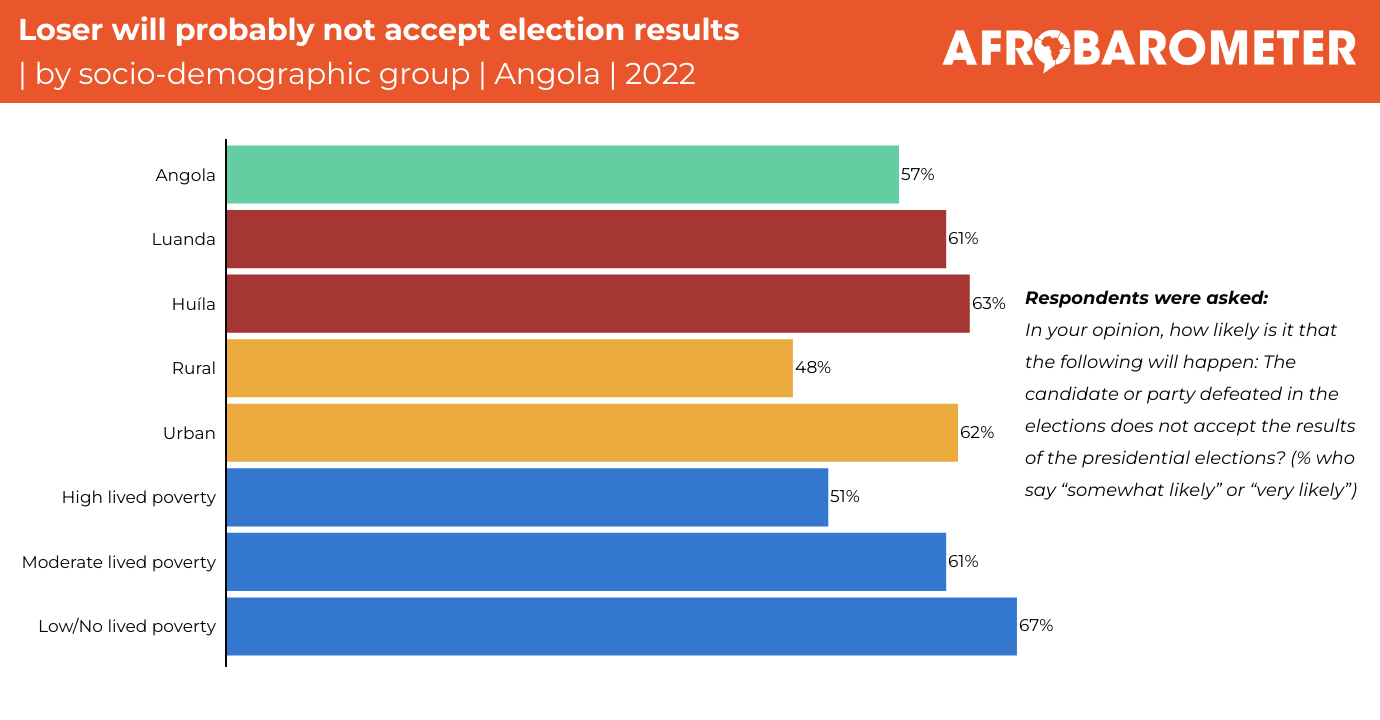 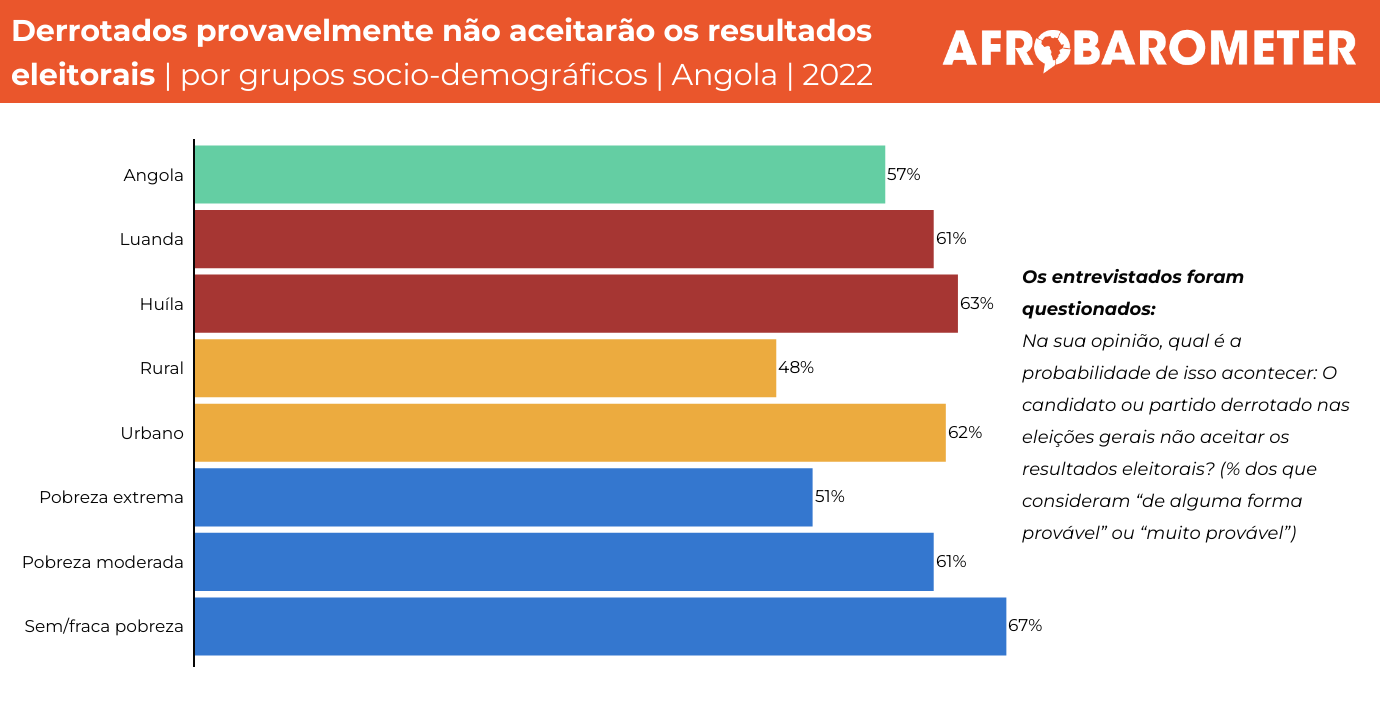